Demystifying Deceits on Laylatul Qadir – the Night of Destiny. 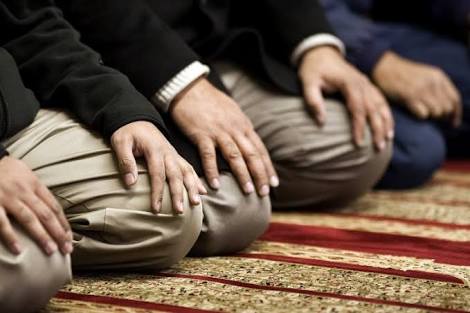 Demystifying Deceits on Laylatul Qadir – the Night of Destiny.

The English names for LAYLATUL QADAR are Night of Majesty, Night of Power, Night of Peace, Night of Destiny, and Night of Blessings. It is an odd night when the whole Qur’an was revealed to Prophet Muhammad, when clusters of Angels of Allah will descend to the earth surface, when comprehensive forgiveness of sins are granted by Allah. It is a night when Allah predetermines distinct matters of His creatures and it is a time from nightfall till sunrise when a single act of worship of a Muslim or Muslimah is automatically equivalent to Eighty Three years, Four months of worship (i.e. a Thousand months which is the Qur’anic terminology).

In it, the doors of heavens are open to answer the supplications of the believers, and stamp their requests which stand as a payback for their faith in Allah and application of the tradition of Prophet Muhammad. Hence, believers receive annual greetings of peace from the descending angels throughout the period.
How Prophet Muhammad performed the Last Ten Days of Ramadhan.

The consensus of the scholars of Islam is that, the Last Messenger to Mankind and Jinkind, Muhammad (Peace and benediction of Allah be upon him), was always in the public mosque in person throughout the last ten days of Ramadhan, Reading and Contemplating on the Glorious Qur’an, teaching the Ummah about Islam, searching for the Night of Majesty, then log out either on 29th or 30th Day of Ramadhan to celebrate Eidul Fitr. Therefore, Prophet Muhammad did not celebrate the Night of Majesty, rather , he celebrated on the Eidul Fitr day, which is after the end of Ramadhan
Misleads in the search for Laylatul Qadir (exact Night of Destiny)

In some African countries like Nigeria and Egypt, even in other parts of the world, some scholars of Islam engage in some actions prior and during Laylatul Qadir with the intention to promote Islam and Muslims.
Some of these actions include choosing the exact night for the Night of Majesty and sending of letters to invite dignitaries and the general public to attend the celebration in which chairpersons are appointed for the event.
They would gather people in open spaces and mosque, assert to them of the spiritual superiority of supplications from their Sheiks, Imams, and religious leaders over personal or individual supplications and side track the definite specifications handed over by Prophet Muhammad (peace and blessings of Allah be upon him). This affords them the opportunity to extort money and things of material values from lay people by exploiting the ignorance and their desire of these people for spiritual uplift.
In order to create further opportunities for exploiting the ignorance and desire of believers for spiritual uplift, they arrange inter-hosting of celebrations of Laylatul Qadar between persons A, B, C etc. (including females) and on different odd nights of Ramadhan. This means duplication or multiplication of Laylatul Qadar which is single night in a year in Allah’s book. Also, the specification of its date has divergent views of Islamic Scholars. These and many other innovated (bidia-tic) methods are their yardsticks for defining and observing the Night of Majesty.
Distinguished scholars of Islam have more than 40 divergent opinions about specification of the Night of Majesty within the last ten days of Ramadhan (read Fathul Baariy, volume 3,page 309). The strongest and global opinion is that it is to be searched for by Muslims and Muslimahs during the last odd days of the last ten days of Ramadhan (i.e. on 21st, 23rd, 25th, 27th, & 29th day) in any lunar calendar year. (see “Sharu-l-Sadr bi Dhikr laylatil Qadir, fadail wa alamaatu laylatil Qadir” written by Al-Imaam Waliyu Deen Bn Al-Hafidh Az-zayn Al-eraqiy”).
Because the none-odd days are also possible as a Laylatil Qadri, that is why Prophet Muhammad (may the peace and blessings of Allah be upon him), his companions, and the largest percentage of Muslims around the globe till date asked Muslims to stay in the public Mosques for the last ten days of Ramadhan to worship Allah, and to strive to witness the Night of Majesty (which is unspecific and hidden by Allah’s design) and to seek to get all their sins forgiven and desires granted.
Need for correction

The celebrants of Laylatul Qadar (the Night of Majesty) have no alternative than showing sincere repentance to Allah, revive the ways Prophet Muhammad did during the Night of Majesty, and correct their misdeeds and misinterpretations of Islam to those who previously followed or imitated their errors and choose to follow original Islam till the day of Resurrection.
Nevertheless, if the mislead insist on their ways; they should note the following verses of Glorious Qur’an:
“Indeed, those who conceal what We sent down of clear proofs and guidance after We have made it clear for the people in the Scripture-those are cursed by Allah and cursed by those who curse (from among the Angels and the believers.)
Except for those who repent and correct themselves, and make evident (what they concealed.) Those- I will accept their repentance, and I am the Accepting of Repentance, the Merciful.” Qur’an 2 verse 159 and 160.
Why Allah conceals exact Night of Majesty?

Analogies from Islamic Understanding on why Allah conceals its exactitude as he does to so many things is that He created us and knows best what will be helpful to us. He conceals his pleasures from us in all our good deeds so that we will continue to strive to do more goodness and not be complacent that the goodness done by us is sufficient.
He conceals his wrath from us in all of the sins we commit so that we will strive to avoid them. He conceals His most beloved servants (‘awliyah) so that we accord respect to all the believers.
Allah conceals the exact time of his acceptance of our supplications so that we can strive to supplicate him fervently for our heart desires. He conceals His greatest name; for us to mention all His beautiful names which are evidence-based.
He conceals the time of death so that we will be mindful of our actions and speech at all time frames of our life span.
He conceals the exact date of the Night of Power or Majesty so that we will be conscious of Him and double our efforts in the search of the night. In addition, He conceals the Night of Destiny to test both the serious and non-serious among us. The seriously interested person will search for the night from sunset till the early hours until he or she attains it, regardless of the hardship.
Credits in Honour of the Night.

The night is better than a thousand months. It is a night during when Angel come down to the earth, with Blessings and divine Peace from Allah.
It is a Night in which every affairs of wisdom is distinct. Allah unfolds its blessings, tests, events, designs (destiny – fate or fortune of individual beleivers) for up-coming year to the angels on that Night so that, they will record it on the protective slate (Al-Lawhul Mahfuz)
The Qur’an (97 verses 1-5) said it clearly:
1. “Indeed, We sent it (i.e. the Qur’an) down during the Night of Decree.
2. And what can make you know what the Night of Decree is?
3. The Night of Decree is better than a thousand months.
4. The Angels and the Spirit (i.e. Gabriel) descend therein by permission of their Lord for every matter.
5. Peace it is until the emergence of dawn..

Also, Qur’an 44 verse 3-4 explains further:
“Therein (on that night) is made distinct every precise matter. Every matter proceeding from Us. Indeed, We were to send (a messenger.)
Reasons Angels Descend to Earth on the Night of Destiny.
The Angels descend to witness believers worship and obedience to ALLAH and to show their deep love for these believers. This is why they seek permission from Allah to come and meet us. This is a once-year opportunity they do not like to miss.
They descend to show the certainty of Allah’s promise to the believers that in the hereafter, angels will approach them with greetings: “…And the angels will enter upon them from every gate (with the salutation): Peace be upon you for what you patiently endured. And excellent is the final home”. (Qur’an 13 verse 23-24)
The Angels are eager and happy to descend to earth to serve Allah (Subhaanahu wa ta’ala) who singles out this night with honours on the earth for the Angels to come down and announce the increase of Allah’s rewards and as means to encourage the human race to worship.
In conclusion;

The realization that the angels are around is a divine encouragement for those who serve Allah to devote more time to do good deeds, as a person will be harder working when a supervisor is present.
** The Author writes from Makkah, Kingdom of Saudi Arabia.

One thought on “Demystifying Deceits on Laylatul Qadir – the Night of Destiny.”