Typhoid catches anyone, even children: An interview of a Medical Doctor. 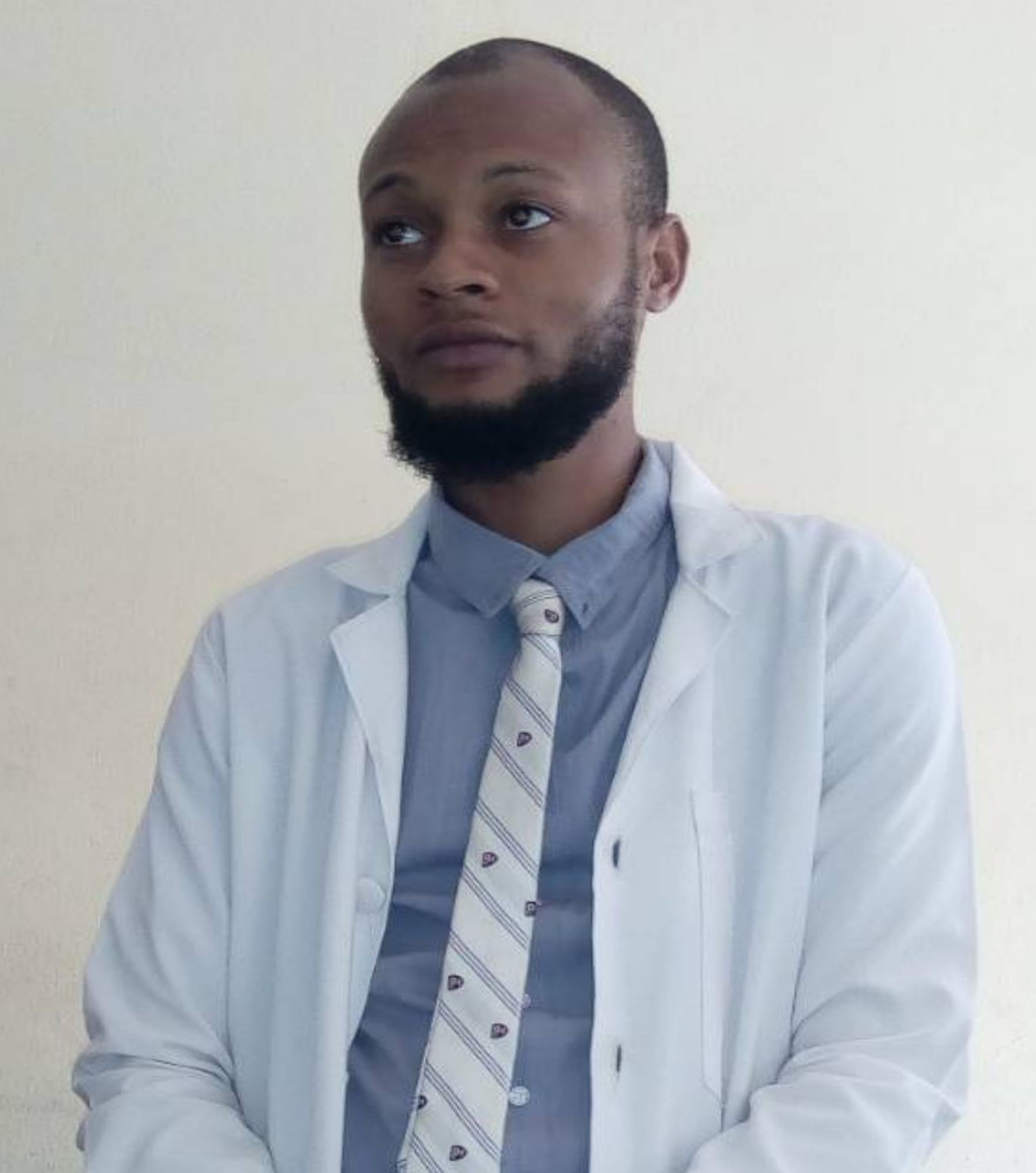 Typhoid catches anyone, even children: An interview of a Medical Doctor.

Public Times: Can I meet you Sir?

Doctor Arowolo: I am Doctor Babatunde Arowolo, I am a Generalist Doctor at Samaritan Hospital Adeoyo, Ring Road, Ibadan, Nigeria.

Public Times: How can you describe people’s care free attitude towards their health these days?

Doctor Arowolo: Well I think most of the time it depends on the social status of the patients. What I noticed is that most educated patients are very careful about their health but people with low education or no education have sort of care free attitude about their health.

Public Times: One of the common ailments these days is Typhoid. What is Typhoid and what are the causes of Typhoid?

Doctor Arowolo: Typhoid; in medical terms we call it Typhoid Enteritis. Typhoid is a condition where a patient or any man is infected by bacteria called Salmonella Typhi. Typhoid Enteritis affects the whole system from head down to the toe, the Central Nervous System, the Heart, the Chest. Basically, it’s common in people with poor sanitation habit. One can get typhoid from infected drinking water or infected foods. May be you are the type that eat food by road side, you love eating outside and you are not sure of the sanity of the water they use in their cooking.                         The Bacteria called Salmonella Typhi is contracted through ingestion i.e. by eating or drinking. The Salmonella Typhi has affinity for something called Mucosa Associated Lymphoid Tissue (MALT) system. In the gastro intestinal system there is something called Payer Patches along the intestine. These bacteria have affinity for the Payer Patches. When it gets into the Payer Patches sometimes it gets close to the helium and helium is the last part of the small intestine before it gets to the column. When it gets into the Payer Patches, a lot of things happen. The person may be starting feeling abdominal pains, constipation, they may have headache, they might vomit too depending on the stage of the ailment. Sometimes they get tired easily and restless. The stage of Typhoid in the first week, we have the bacteria in the blood stream. In the second week, we have it in the stood. In the third week, we find it in the urine. However, Typhoid is not a death statement so it could be well managed. Firstly, let us start from prevention. As I stated earlier, we should try to always work on our sanitation, our water, our foods, our sewage system should be covered, should be away from water supply. There is a common misconception about Typhoid Enteritis among the non-medical populace. I know you would have heard about ‘Widal’ test before. When people suspect Typhoid and they come to hospital and they will tell the doctor, I want to do ‘Widal’ test. Actually, ‘Widal’ test is not diagnostic for Typhoid Enteritis. A person may have malaria and a ‘Widal’ test may be done but to make a diagnosis on Typhoid Enteritis is to make a laboratory diagnosis and to be sure, what you will do is the blood culture. So in the first week of the illness, the blood sample of the patient will be taken for culture to find Salmonella Typhi. In the second week, in the stood, the bacteria will be found there and in the third week, in the urine. And that is how to make diagnosis on Typhoid but to do all these cultures, it takes time. ‘Widal’ test is about increase of titrates of the bacteria. Apart from all these cultures, we do follow-up counts, that will elevate the blood cell counts indicated that there is an infection on going in the system. The drugs depend on the stage of the ailment. If it is still at the acute stage, the bacteria is not been disseminated to all other parts of the body, you can still control it by giving oral medications.   When it gets to the second or third Stages then we use antibiotics. You need something strong for the patient and Typhoid Enteritis as I said could be disseminated to other parts of the body. It could come to the Central Nervous System, the brain, the patient could have psychosis, meningitis. If it comes to the heart, it affects the heart too, it can come to the liver, so we should not play with it, we should not look at it as a small thing. But, it is not really a death sentence.

Public Times: How prevalent is Typhoid?

Doctor Arowolo: It is quite prevalent, but it is more common in some people than other people. Basically, it is about our environment. Majorly in a clean environment, it will be surprising to have people with Typhoid Enteritis, but when you go to a place that have bad sanitation culture, it could be quite prevalent among them. Things that attract the bacteria of Typhoid Enteritis is when you are neck deep in buying road side foods, buying water that are not really sure of its source. There are also some people that they are carrier of Typhoid. They possess the bacteria in their system though they may not have the symptoms but they have the ability to infect other people.

Public Times: Does it catch children?

Doctor Arowolo: It catches anyone, it does not have regard for age, once you get exposed to it; you can have it.

Doctor Arowolo: What differentiates Typhoid from Malaria is a lot. As I said earlier, Typhoid Enteritis is caused by bacteria called Salmonella Typhi but Malaria is caused by a vector which is mosquito. When you have malaria, one will be having headaches, fever; some people might be very weak, frustrated, some people might have severe pain, loss of appetite. For malaria the diagnosis is quite different from Typhoid Enteritis. We check for malaria parasites in the blood by taking blood sample and run it under microscope and there is also a road side kits that can be used and it is very easy to make a diagnosis for malaria. We call it Rapid Diagnosis Test Kit (RDTT). Basically, we just pinch you with one small medical pin and place the blood on the kit and we now read it. I am sure every one of us has had malaria once or twice in our life time but you may not have had Typhoid Enteritis before

Public Times: What measures could people take to control Typhoid in the society?

Doctor Arowolo: Number one measure is education, enlightenment about the ailment that there is something called Typhoid Enteritis. After having this education the next thing is the preventive measures. Like I said earlier, our water should be pure. If it is the well water we want to be drinking, we should ensure that it is just single drawer, one drawer should be used for that well and water sources should be like 30 metres away from the sewage system and if our sewage system is downhill our water system should be uphill. When we store water at home, we should always cover it with tight lids. It should not be exposed. Then for our water too, we may also try to boil our water if you are not really sure about the source of it. As for foods, we should always ensure that we cook our own foods and if at all we don’t have chance to cook because of our work, we should at least have some guarantee that where we are buying the foods and everything is bought in place so when you are cautious of all these preventing measures I think there will be a reduction in the way people are having Typhoid Enteritis. And when people have it, they should ensure that they come to hospital as soon as possible because as small as it looks am only talking about the medical management Typhoid Enteritis can lead some people into surgery at times because there is something we call Typhoid Dydiatis which caused provocation in the intestine and when that happens it becomes a surgical case and the person has to go to the theatre for operation.

Public Times: Which role should government should play in the control of Typhoid?

Doctor Arowolo: Of course I agree to that, government has a major role to play in the control of Typhoid. Number one, government should help in the water infrastructure especially in the rural area. The rural area is very poor when it comes to clean water; they mostly don’t have. So, government should help in creating awareness, in providing clean water and cheap health care for people and also in the employment and empowerment of the health officials.

Public Times: Why do people prefer to patronize drug vendors rather than go to the hospital?

Doctor Arowolo: Why people patronize drug vendors is that the drug vendors are easily accessible to the people. If you look around in the environment, it is very easy to see chemist shops all around than for you to see hospitals. Number two is that people are not really aware about the best thing to do when they have any ailment and the best thing to do is to come to hospital a lot of people do not know and I think I have done that before when I was young whenever I had ailment, I went to chemist and think of something to buy just to ease me. And number three is finance. A lot of people cannot really afford heath care and that is the truth. When you come to hospital for Typhoid Enteritis, before you see doctor, you will first collect card, you will do test and it is not free. And when you want to collect drugs too is not free and people are still struggling to eat and out of the little money they possess they cannot spend part of it again to the hospital. So, they prefer going to the easy route which is the chemist shops for treatment. Meanwhile, the chemists are not trained to make any diagnosis. A lot of time, I have seen some people treating malaria when actually the patient is having Typhoid and this is so wide apart. So, they make poor and wrong diagnosis, they give wrong drugs to the wrong ailment and when you use wrong antibiotics to wrong ailment that is like sort of disadvantage because with time all these bacteria will provide antibiotics resistance over time and that is why when it comes to the treatment of malaria, when people were using chloroquine or capquine, the parasites got used to it and the drugs got slack and we have to look for some other drugs to tackle malaria.

Public Times: What is your advice to members of the public on the disease called Typhoid?

Doctor Arowolo: My advice to the people or the public is that they should be aware that there is an ailment called Typhoid Enteritis and it could be prevented and we all believe that prevention is better than cure. We should have quality sanitation culture and whenever anybody is having the symptoms of Typhoid Enteritis like abdominal pain, fever, vomiting, headache, constipation do not hesitate to go to the nearest hospital or health Centre for proper treatment.

Doctor Arowolo: You are welcome.

10 thoughts on “Typhoid catches anyone, even children: An interview of a Medical Doctor.”