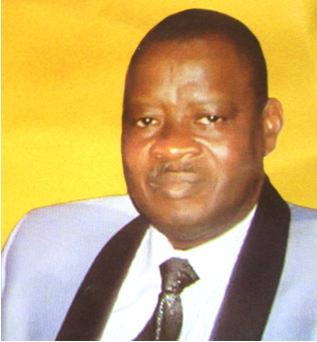 The Commissioner for Lands, Housing and Urban Development has launched an opportunity for quick and legitimate acquisition of Certificate of Occupancy (C of O) on pieces of land by residents of the State. The Commissioner, Barrister Rahman Abdulraheem disclosed that the window of opportunity is for residents to benefit the easy access is for habited property. He said this and others recently during a press interview in Ibadan.

The Commissioner explained that the opportunity called “Home Owners Charter” is rested on making it easy to obtain C. of O for habited homes at a cost lower than earlier prevailed. He assured that the certificate would be obtained within a short span of 3 months and that a C.of O. via this opportunity is the same as the conventional C.of O.

He further stated that the opportunity also helps applicants to side line quacks, touts, middlemen and fraudsters who had often constituted menace to the process of obtaining the document. He said the Government had recently cut surrounding trees and searched offices within his Ministry where syndicate of suspected touts, quacks and fraudsters often hid to carry out nefarious activities on innocent applicants for Certificate of Occupancy. The Commissioner added that the activities of these syndicates of suspected touts, middlemen and quacks had negatively impacted at siphoning Government revenue.

In addition, Barrister Abdulraheem stated that Government had placed sign posts in conspicuous places along the corridors at all floors of the Ministry of Lands directing applicants to appropriate places within the Ministry where to meet their needs.  He warned and directed that each day any former staff has anything to do in the Ministry; such former staff should first report his or her mission in the Ministry to the Commissioner before going about the mission. This directive he said, was necessitated by the indictment of some former staff middlemen activities on C. of O. matters.

The opportunity of C of O through the window of “Home Owners Charter” is not for undeveloped or open lands, rather the reduction in cost was to encourage house owners whose houses have been accommodated to obtain easy C. of O. for their undocumented property, he explained.

In response to a question from listeners, Barrister Abdulraheem said many of the so called ‘omo onile’ – children of land owners who often paraded themselves as such are not children of the owners. Rather many of them were miscreants who eagerly perpetrated violence and crime at property sites in the State. He alleged that many of these miscreants tipped in from neighboring States. It would be recalled that the Commissioner’s observation tally with a Yoruba proverb which states that “onilu kiife ki ilu o tu” – indigenes of a town would not want his/her town disrupted or upset as the so-called omo onile often did.