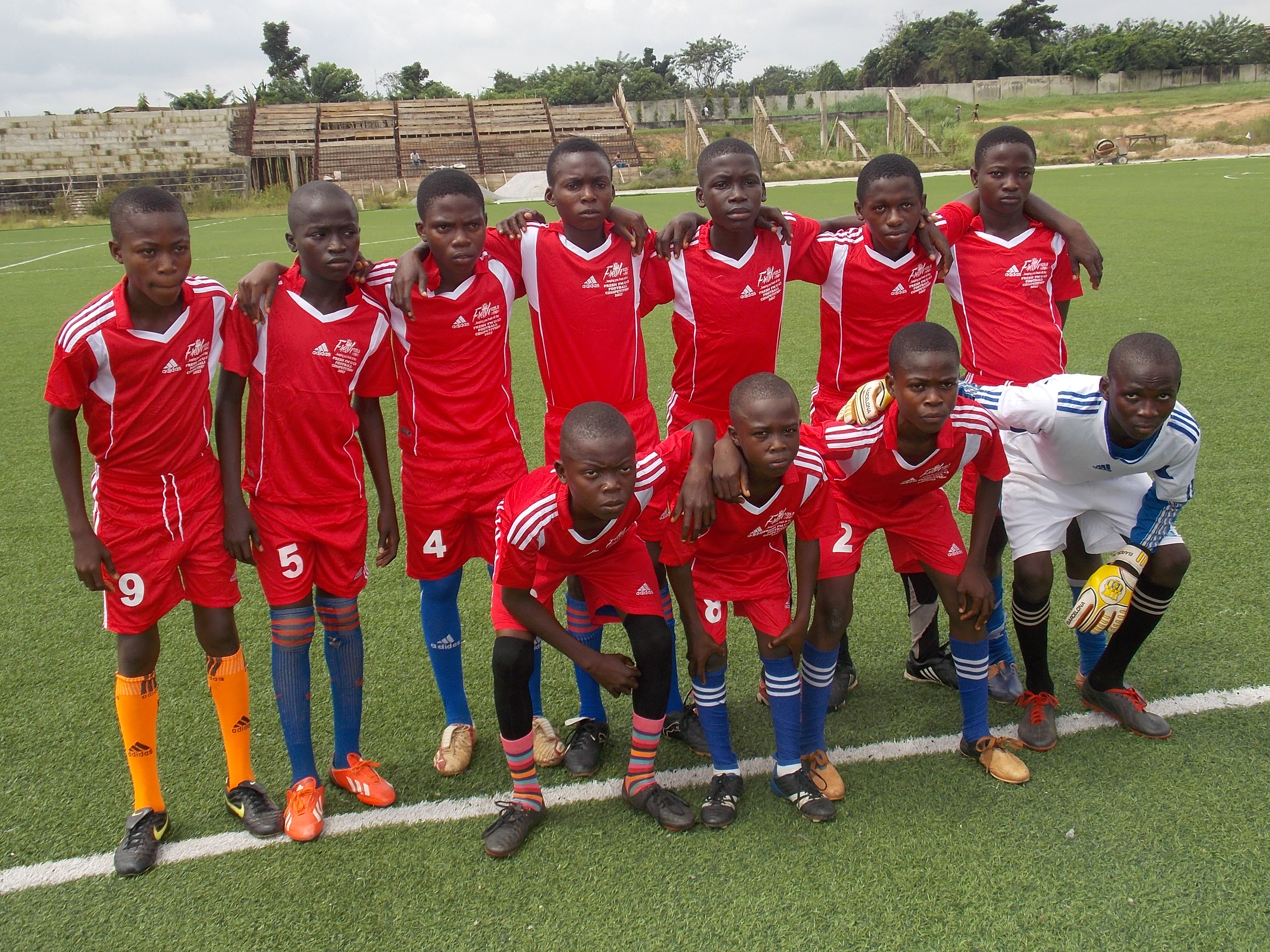 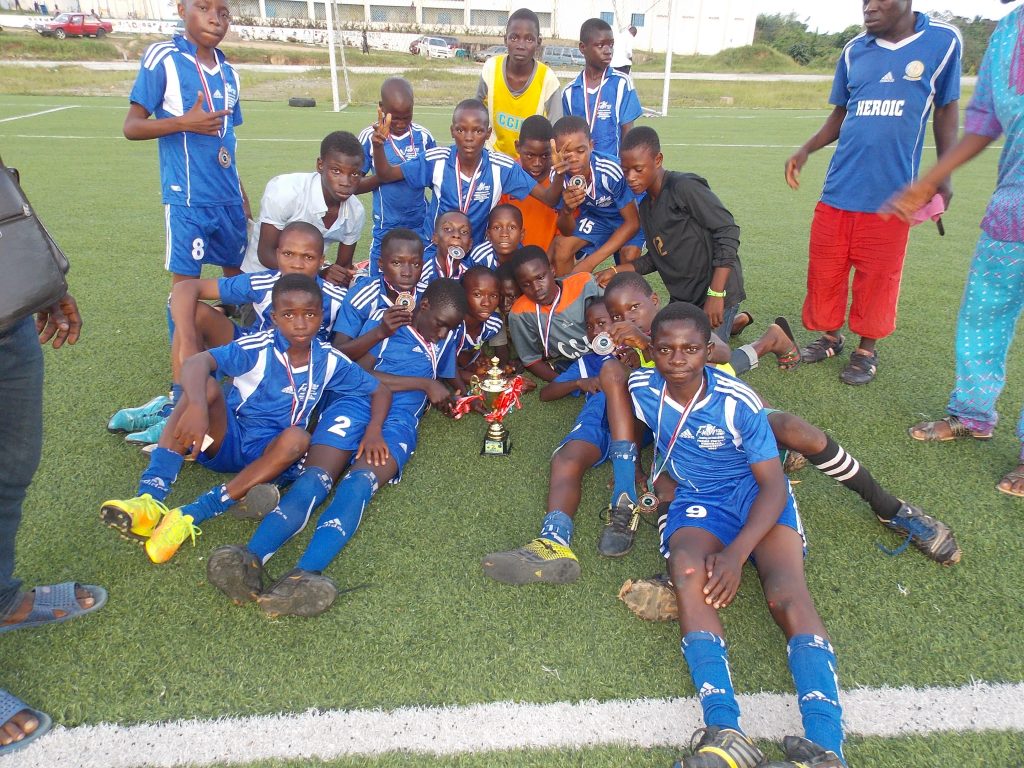 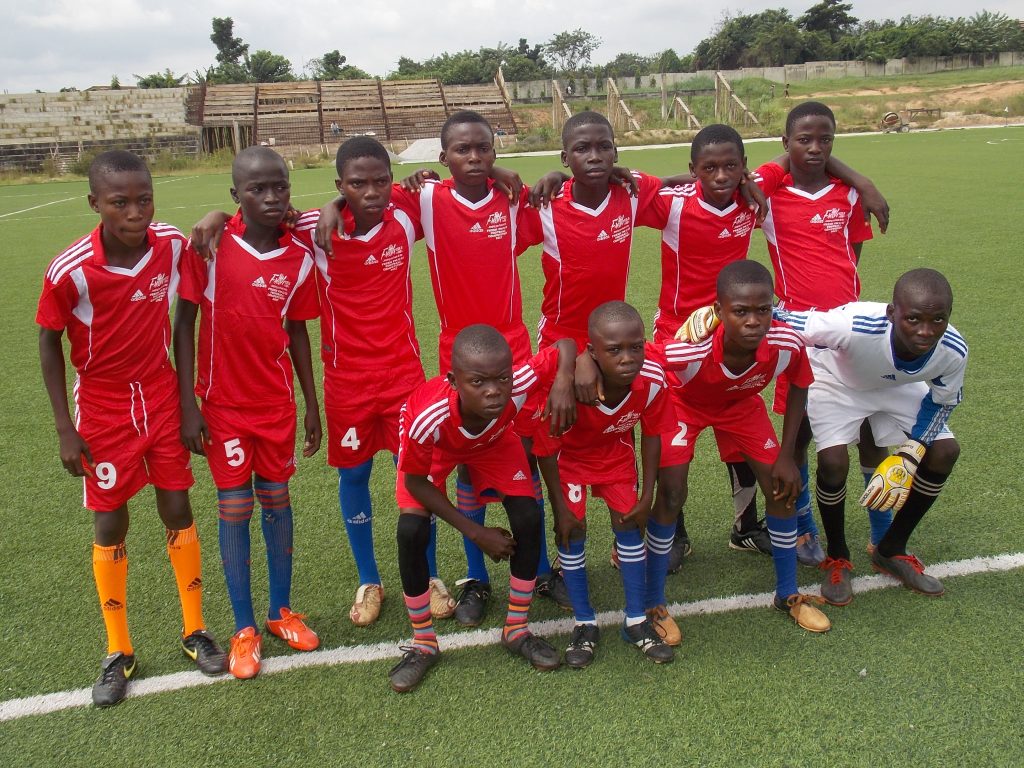 By Demola Oladele
John Kay Anderlecht Football Club of Elekuro Ibadan walloped Wasiu
Adeogun Football Club of Apata, Ibadan by 4 goals to nothing at the
3rd place match of the 2nd year anniversary of Fresh F.M. Radio
Station under-13 tournament co-supported by Akin Alabi Foundation was
hosted at the Lead City University Football pitch Ibadan, Nigeria. The
match lasted for a total of 60 minutes; 30 minutes at each halve.
Ayangbile Victor of John Kay Anderlecht with Jersey number 7
scored by a hat-trick during the tournament. During the 5th minute of
the game, Ayangbile Victor got his first goal. The second goal was
delivered by Chinmobi Chinedu in the 23rd minute of the game. All
efforts made by Wasiu Adeogun F.C. to bounce in the game during the
first half of the game were fruitless.
Coach Tolu Oyekan of Wasiu Adeogun F.C. made two changes
immediately the 2nd half commenced. Habib Agbeniyi with Jersey number
16 came in for Wasiu Habib with Jersey number 7 and Ige Morakinyo with
Jersey number 13 came in to replace Ibrahim Said of Jersey number 6.
He later made his last change towards the end of the game. Despite all
these changes by coach Tolu Oyekan, the challenger team – the John Kay
Anderlecht boys did not relent in converting their chances into goals.
At the 42nd minute of the match, Victor Ayangbile scored his second
goal, making it the 3rd goal of the game. He made the fourth goal for
his team at the 56th minute. To enhance his team hope, coach Basiru
Suraju of Anderlecht made some changes in his team, too.
In an exclusive interview with the Public Times correspondent,,
Coach Basiru Suraju of John Kay Anderlecht expressed his gratitude to
the organisers of the tournament for giving grassroot coaches
opportunity to showcase talents at their tender agent and for giving
some of these boys scholarship into the Lead City Football Academy. He
gave kudus to his boys for coming out with 3rd position out of 36
teams that participated in this tournament.
Coach Basiru further said that he encouraged his boys not to give up
when they were defeated 2 – 0 by Adewale Football Club of Ibadan at
the semi-final stage of the competition because some of the boys were
not comfortable with the outcome of that game. He finally ensured
their supporters that by next year, at the 3rd edition of the same
tournament, his team will come first because we have started working
on our shortcomings.
In his own opinion, Coach Tolu Oyedeko said that the early goal
conceded by his team demoralized his team boys and this punched a
great blow on his team. He urges their fans to forgive them for the
low performance of his boys and promised them that his team will
surprise them at the next edition of the competition.