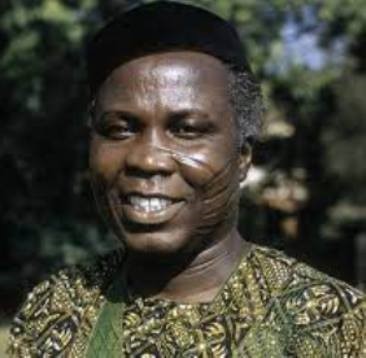 The world is a humongous phenomenon where humans explore and interpret the world via their conscious experience; memory, image and meaning. The explorations and interpretations of their consciousness produce rational and irrational desires, permutations and dissimilar outcomes. Much as we are in the scientific age that strongly values rationality and empiricism as desirable at exploring solutions to problems, efforts in these regards have not yielded total success. It has therefore always been helpful to broadly explore solutions to intractable problems of national life.

We would recollect that sometimes ago, 2013, a former President, Chief Olusegun Obasanjo lamented that from his experience, Nigeria may have been jinxed.

This article examines disenchantment of many Nigerian citizens over drawbacks experienced by various governments after our first Republic and suggests the ways out. Nigeria’s first Republic was 1st October, 1960 to 15th January, 1966.

Since the forced exit of the first republic 56 years ago, our polity had been tumbling from confusion to the other. Even, freshly adopted unitary system of governance under the military regime refused to last six months. It is therefore logical to expect that de facto unitary style under a de ju·re democracy should not have lasted this long but for the martial and selfish hold by the leaders on the citizens.

Unitary system of government cannot last forever in our clime. Unitary system is synonymous with repression. The unseen hand will work against repression. The political emergence of a strong, ascetic, humble, courteous and dauntless hand in person of Buhari to lead Nigeria to correct certain forgotten errors of commission and omission by our nation may not be unconnected with the unseen regulator of human affairs.

What were these forgotten errors of commission and omission? They were the forced shedding of bloods of innocent leaders and lack of remorse for it by subsequent State actors.

In details the errors were the; (i.) forced removal of the legitimate representatives of the people, (ii.) shedding of the blood of these unarmed representatives of the people, (iii.) forced replacement of the spiritual template (Federal and Regional autonomy and Parliamentary system of governance) upon which the Nigerian nation was birthed, (iv.) forced cancellations of people’s wish as expressed in 1993 presidential election when Chief MKO Abiola won the election, (v.) death of the winner of national election Chief MKO Abiola in forced detention, (vi.) death of other innocent citizens unknown to government but whose deaths were by extra-judicial decisions of state actors and (vii.)  lack of remorse by succeeding state actors who glossed over the errors and governed as if they never considered our nations’ history of political retributions.

June 2018, about 5 years after Chief Obasanjo feared Nigeria jinxed, President Buhari apologized on behalf of the nation to Chief Moshood Abiola on the injustice meted to him and supporters over the annulled 1993 Presidential election, and conferred highest honor of GCFR title on Abiola By October, 2021, he pardoned 102 Biafra Soldiers with further invitation to those with genuine complaints to come forward.

Human life and human blood is sacred. The devil also knows this. The blood of other slain innocent Nigerian civil leaders and citizens must have been crying out and haunting our efforts. The haunting effects are suggested because despite all normal efforts of State actors after first Republic till date, explainable failures abound where successes should normally manifest. It is a known fact that Nations that have risen to great heights hold high the sanctity of blood.

If patriotic Obasanjo had been spiritually primed to ask; “What has our country done? His Lord would have told him via Deuteronomy that “the voices of his brothers’ bloods are crying from the ground to their Lord.” Besides MKO Abiola who has been appeased, his other brothers have not. Who were these brothers? These included late Alhaji (Sir) Abubakar Tafawa Balewa – Nigeria’s former Prime Minister, late Chief Samuel Akintola – the Premier of Western Region, late Alhaji Ahmadu Bello – the Premier of Northern Region, late Chief Festus Okotieboh – Federal Minister and officials of that republic. Wide searches revealed that the Nigerian State has not officially apologized for the abrupt termination of lives of these elected Nigerian foundation leaders, yet we seek progress without atonement. Spiritually explored, we cannot move forward. The Spiritual rules the Physical, Bishop David Oyedepo often said,.

And as if that dishonor is not enough for our past leaders, their templates (i.e. office of Prime Minister, Leader of Opposition etc.) were disrupted, their ideals (i.e. Federalism, Parliamentary democracy) ignored and their institutions (i.e. regional autonomy system, & institutionalized seat of Opposition) traumatized. We need to retrace our steps and restore these templates as atonement, too.

While reflecting on our nation’s political tempests and solution to Chief Obasanjo’s concern for the nation, I recollected William Shakespeare in the play “Macbeth,” where he illustrated the consequences of bloody change of legitimate governance. In the story, Macbeth violated the throne of King Duncan, murdered him and installed himself as the ruler. Macbeth’s reign knew no progress but wars, until there was justice for the unjustly shed blood of king Duncan.

“Whoever kills a soul unless for a soul (killed) or (judicially) for corruption [done] in the land – it is as if he had slain mankind entirely…,” Says, a Hadith of Nabbiyi Muhammad (s.a.w.).  Blood speaks and reacts to its wrong shedding. So, “Innocent blood will not be shed in the midst of your land …and if you did, blood guiltiness would be on you”, says Deuteronomy 19:10.

So, as we rightly celebrate Armed Forces Remembrance day to appreciate our fallen heroes, let us not forget their civilian counterparts. For blood guiltiness to exit from our nation, let Mr. President on behalf of the Nation, boldly on the forthcoming 2022 democracy day;

If the nation could hasten to fulfill the recommendations, the “jinx” of blood guiltiness hovering on Nigeria should be mitigated, doors of technological and cultural development unlocked. Conversely, hesitation to act could be frightful.

Above is an opinion write-up by Saadu Adebayo, Public Affairs Analyst and not that of Public Times, Nigeria.