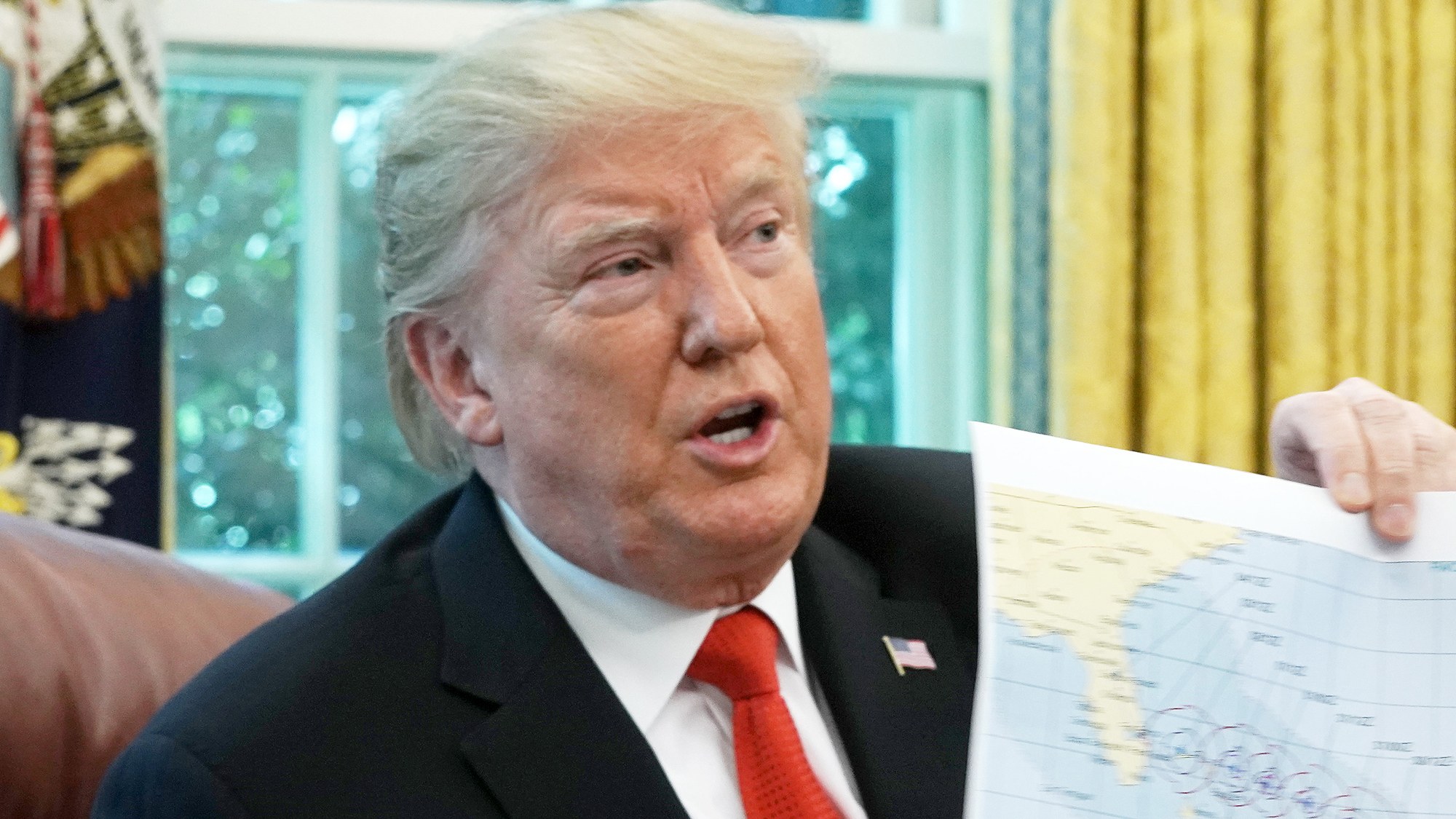 Some times between 1985 -1990, during the presidency of Mikhail Gorbachev the General Secretary of the Soviet Communist party; the huge Soviet Union in her attempt to shed the bogging effect of the arms race on its economy, stabilize the economy and douse imminent uprising and rebellion had to undertake reform processes called Glasnost (openness) and Perestroika (restructure). The unanticipated consequences of the reforms led to its collapse resulting in the emergence of Russia and other freed Soviet Republics of today.

It is Twenty-six years after Soviet collapse, a demographic generation has passed and President Donald John Trump holds the sway in America; a nation that is 2.5 miles or 4km away from Russia at their closest point.

In comparison to the U.S. of today, the unwritten decision of U.S. to shed the burden of its allies and unilaterally determine to associate and disassociate even in matters already agreed upon with allies without taking them into confidence about the findings that prompted her action, is considered a form of restructure or Perestroika of its strategic policy.

The U.S. “perestroika” apparent to this writer is rooted in the new-found economic reforms that Mr. Trump has introduced into his foreign political policy. In her reforms of the U.S. foreign political duties, the U.S. unilaterally disengaged herself from 5+1 nations nuclear deal with Iran without confiding justifiable reasons to her allies, a situation that suggest insufficient trust of her allies; a form of restructure in undertaking alliance. Thus, like Gorbachev era of shedding the Soviet Union off her perceived burden of wars, the U.S. has disengaged herself from her perceived burden of “unprofitable” agreement – the 5+1 nation’s nuclear deal. The outcome of which is her efforts to force unilateral actions on Iran, threaten her allies as well and the consequent strait of Hormuz debacle involving Iran and the U.S. as actors while Europe and Eastern powers are dangerously weak or watching.

Besides, Mr. Trump’s definite demand for reimbursement to the United States outstanding “protection fees” from ally Europe and Saudi Arabia is contrary to strategic responsibilities expected of blessed brother. The demand for fees for protecting her allies against unnamed, conceived or perceived enemies is considered a “reform” to its foreign military concern hitherto considered by observers as strategic responsibility expected of and offered by a big partner but which has been turned to commercial opportunity to exploit member allies.

The demand for protection fees will in future shape the modality, type of military protection that would be desired from the US by subscriber allies and with this, the U.S. hegemony would be serendipitously traded away.

Still comparing, Soviet glasnost was focused to act among her citizens; the correlating glasnost of the U.S. is its focus to act on her allies or foreign nations. The open declaration of American first policy by President Trump is an example of her “Glassnot” or her open show to her citizens that the U.S. government gives their nation first priority and this is unmindful of her allies’ feeling. The U.S. government need not say “America First” because it is given expectation that every nation seeks their national interest first. Repeating or emphasizing “America First” is therefore a tautology that invites suspicion and resentment.

It’s often said that what comes round goes round. It seems that what befell Soviet Union is coming round to befall American United otherwise known as United States of America. It is coming round to America via the template of “America first” policy enunciated by the Republican Government of President Trump.

Much like Trump believes that U.S. power is immutable and thinks relationship with allies can be restructured at wills, Gorbachev had believed that Soviet fundamental economic structure of the Communist system should be given minor restructure, the minor changes which he sought to address with his reforms led him to later concluded that deeper structural reforms needed to be undertaken.

The contradictions that surfaced between command system and open market system led to significant resentments and fall of the Soviet Union. Similarly, the contradiction between exploitation and persuasion in mutual arrangement of an alliance could lead to resentment of use of force among alliance members with consequent disintegration of such an alliance. It might be very late for current U.S. to realize that persuasion or mutuality would strengthen alliance against opponents rather than exertion by an intoxicating power. The East would be more willing to support some western alliance members more favourably than the west. The purchase of S-400 military defense hardware by Turkey from Russia on more liberal terms is quite illustrative.

The current U.S. government pursuit of reforms with the eagerness of a merchant in matters of State that requires strategic consideration will not profit America on the long run. Her aggressive stoke will surely expose her allies overseas to groan in pain, shift away from unhelpful mutual arrangement and shatter like the Soviets. The support given to Brexit when the no.1 world citizen – Trump, recently visited London should be distasteful to other EU members that rely on America as an ally that would support European unity.

If it is valid that what goes round comes round, then what crumbled Soviet trajectory away from world power into regional power could visit other power wielding nations to crumble if they refuse to learn from mistakes of USSR.

Despite the hues and cries over alleged Russia interference in 2016 U.S. Presidential election, Trump triumphed against the allegations and his rule consolidated. But like the fate that befell the Soviet Union, as long as Trump perspective of what America should be prevails, the U.S. will certainly be on the verge of “Glasnost” and “Perestroika” with threatening possible outcome for the free world. Yet, America should not be caught napping.

*** The above is the opinion of the writer and not necessarily that of the PublicTimes newspaper.