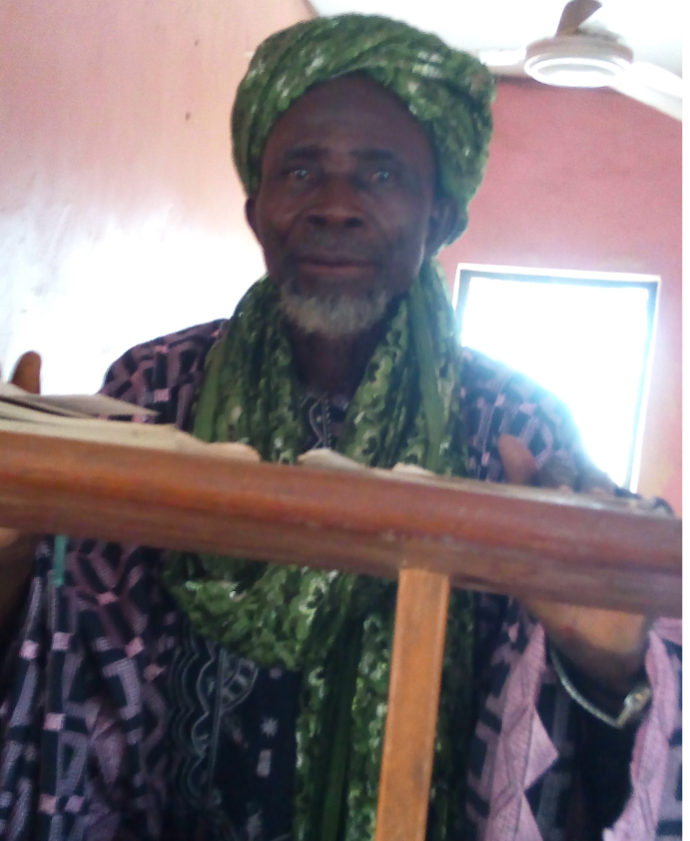 The story of Eid il Kabir Muslim Festival otherwise known as “Ileya” is not complete without the mention of Prophet Ibrahim and his child – Ismaeel, both of whom cooperated to fulfill the plan of God, says the Chief Imam of Ajokidero Jumat Mosque, Isale-Oyo, Oyo Town, Alhaji Abdul Raheem Alagbo during his recent Jumat Sermon at Oyo, on 10th day of August 2018.
The scriptures are full of stories of Ibrahim otherwise called Abraham in other scriptures. Deep into old age and with lack of a successor, Prophet Ibrahim was reported to have longed for a righteous child but had no hope of bearing any and so he called on God to grant him a good child. And God granted him a righteous son in Ismaeel. When a time came, he saw vision from God that he should sacrifice the child to God and both he and his son agreed to obey God’s command for which God was satisfied and asked angel Jubril (Gabriel) to go quickly with a ram to Prophet Ibrahim to replace using the son as a sacrifice with the ram for the sacrifice.

The Chief Imam quoted Chapter 37 verse 100 of the Holy Quran. As Prophet Ibrahim sought for righteous children Prophet Muhammad also said good children are good, but further buttressed the need to work towards having righteous children.
In laying the foundation towards having good children, Imam Alhaji Abdul Raheem Alagbo during his Friday Jumaat Sermon urged parents and youths in particular to imbibe self-discipline in their sexual relationships. He narrated to the Jumaat congregation the discussion between Prophet Muhammad and Alliyu son of Atabi when they sat down beside the Kaaba.
Prophet Muhammad told Alliyu son of Atabi not to mate with his wife if they could see stars in the sky and if they did and the wife there-of become pregnant and gives birth to a child resulting from such mating, the child will grow to become a liar, a deviant and an unbeliever in God and His Prophet, the Imam told the Jumaat congregation.
Similarly, if a man mates his wife when the woman is menstruating and this mating result in pregnancy, the child will be afflicted with carbuncles “ogodo in Yoruba language, Nigeria” as he/she grows up. Also when blood of childbirth has not ceased and man mates with his wife and such mating results in pregnancy, the offspring of such pregnancy woud become a robber sooner or later in life.

Imam AlhajiAbdul Raheem Alagbo continued about the warnings of Prophet Muhammad that men should not mate with their wife when she is aloud or noisy such that people could hear her voice and that if such is done and pregnancy results from such mating, the offspring there-of would be a dullard, idiot or mentally retarded sooner or later in life.
As Alliyu son of Atabi was advised, the Imam urged the congregation to avoid mating with their wife in open daylight and if they did and a pregnancy results from the incident, the offspring of that pregnancy will eventually turn to be hare-brained (i.e. foolish, eccentric, insane).
The Imam observed that these sexual vices are common among the youths who mates in the open, doorways, public places etc. and urged them to desist from such acts and heed the Prophets warning to avoid mating in the open. The Imam drew the attention of the congregation to the consequences of pregnancies resulting from these reprehensible acts in producing undesirable offspring into the society.
Do not mate with your wife when she is not disposed to it, if a husband does that and his wife becomes pregnant the outcome child will sooner or later in life be disobedient to his or her father and mother, the Imam interpreted the Prophets discussion further.
Do not seek to examine your wife’s private part before you mate with her, if you do that and the wife becomes pregnant from such mating, the child will become blind, Imam Alagbo recounted Prophet’s discussion with and advice to Alliyu.
In addition, do not mate with your wife at daylight, about 9.00 a.m. and on an Eid-il Kabir (Ileya) festival day, if one does that and the wife is pregnant, the offspring will be disobedient and stubborn such that if such person fights, he/she will not stop until s/he sees blood.
Muhammad counseled husband to persuade their wives peacefully, please them to make them voluntarily agree to mate and if the husband did that such offspring will become good child and adults later for their parents and the society at large.
The summary of Prophet’s admonition is that it is a good child that will do well in this life and reap goodness for the hereafter and Prophet Ibrahim also said so, hence he asked for good child from God, the Chief Imam recounted.
Imam Alagbo prayed to God to make the children of the congregation good children, prevent the children turning blind, wild or disobedient to Allah and His Messenger. He also prayed that the parents also don’t disobey Allah and His Prophet by heeding the Prophet’s counsel.
In an interview after Jumaat service the Imam revealed that the Sermon was taken from pages 13-14 of a book called “Qaala Sheeehu” by Sheik Adam El Ilory and Alfa Salimonu Ile Elewure Oke Lele, Ilorin, he prayed for Allah’s forgiveness of their error and open the gates of Aljanat for them.
The sermon is observed to have implication for family life education because when the same Prophet advised for breast feeding of a child for three years hundreds of years ago, it was an advice thrown away in the past, modern civilization have come back through the World Health organization to embrace the policy after verifying its positive impact on child spacing, family planning and population control. Similarly was the advice of Prophet Muhammad that newborn child should be made to taste date, a practice scientists have recently found that the natural sugar in date fruit has positive impacts on the brain of the newborn.
Researches are therefore urged to explore empirical knowledge in the direction of points raised in the sermon in order to seek for the betterment of human societies. For example, can a high grade intensive act throw up correlating genetic elements from the millions in the gonads of the body? More questions could be raised by experts.