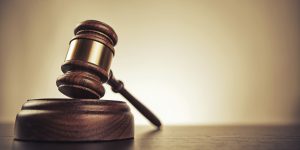 The magistrate court 2 seated at Iyaganku in Ibadan under His Honour, Magistrate A.A. Adebisi has granted Mr. Lawal Bashiru, 50 years to bail after he was charged with attempt to pervert the course of Justice.The case listed Commissioner of Police versus Lawal Bashiru stated that on the 20th of July 2017 at about 4:30pm at Apete Police Station in Ibadan Magisterial district, Mr. Bashiru did enter into a recognizance with intent to enable one Mr. Wahab to escape Justice and thereby helping to pervert course of Justice which is an offense contrary to and punishable under section 126 (1) of criminal code cap 38 volume 2 Laws of Oyo State 2000

The Court Clerk read the charges and the defendant pleaded not guilty.The defendant Counsel, Barrister Ajewale Ajewole argued that the case before his client is vague in nature and request for bail from the Magistrate but the Counsel to the Commissioner of Police, Sunday Ogunremi Esqr. pleaded the competency of the charges before the Magistrate. He asked Mr. Bashiru to tell the Honorable court if he did not stand as surety for Mr. Moruf Wahab and the Defendant said he did. The counsel to Commissioner of Police further asked him if he has produced Mr Wahab on the agreed date. The defendant replied ‘No’.