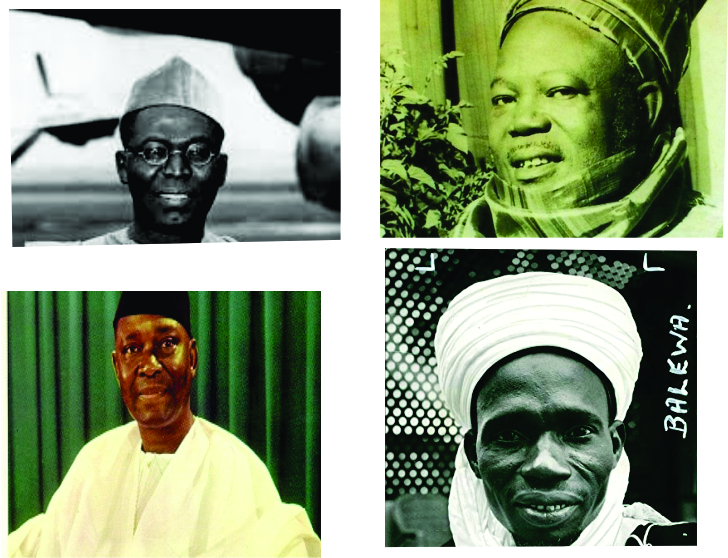 During the 59th celebrations of Nigeria’s independence, citizens discussed many issues concerning the nation. At Abuja, Political Scientist, Professor Sam Egwe observed that “Nigeria is a very resilient country and that quality has kept her standing.” He believes this makes it promising. He said, “Nigeria’s biggest aspiration is to be a Federal Democracy and these short two words (Federal Democracy) define what we can do. And in terms of our ambition to be Federal we need to work out and resolve the tension between our sense of National belonging and our ethnic or local identities.”  “People need to develop based on the sense of local needs, responding to their local challenges and at the same time we have to live as Federal society with one national identity and this is possible”, he said.

The second thing he observed was that, “as a democracy we have all the opportunities and all the mechanisms in place to elect the people we want, to ensure that elections are free and fair and to use election as instrument of political accountability to hold our leaders to account to citizens in terms of the enormous power we have put at their disposal.” So, citizens need elections to guarantee the opportunity to choose their leaders periodically, he opined. And in order to remove those who have not done well and we have mechanism in place to allow the rule of law to take place and through the process of rule of law to remove those that have erred and in that way we can build a new and modern society that we all desire, he contended.

At Lagos, Professor Akin Oyebode of Faculty of Law admitted that Nigeria has problems but given her diverse high skilled manpower, he was hopeful that her problems are surmountable.

But at Ibadan, Chief Adebisi Adesola former Secretary to Oyo State Government and Head of Service felt that with the nostalgia by which we revere our past leaders, present Nigerians should harness the ways of the good governance made by these revered leaders and make good use of them and whatever we found are their mistakes we should correct in our ways so that the future will be great, he said. So, “let’s think of what we can do with what we have so that our future may be great” he added. He pleaded that the next thing we should do so that our future will be great is to re-orientate ourselves with the level of not thinking about the past all the time, by making use of what we have got from the leaders and we should think about the future of Nigeria. “If we harness all what Azikwe, Awolowo Sardauna tried to project and make use of them, then, Nigeria will be great” he reasoned.

A female discussant was of the opinion that tremendous power flows to the citizen with technology and the world is connected in radical ways that had never existed. She said young persons have more information than their parents who were Professors in the 70’s. This is because while their parents got fixed to the libraries in their offices, the modern day youths could get access to Harvard University library at the punch of a button, he can connect to Germany, form a bond in faraway places, he can create a business model.

She observed that young persons can use technology to leverage power. The power includes the material, the coercive and the mobilizing. So, technology tool allows people to mobilize and this is where a government may be threatened and would not like it. So, she suggested that it is important that we positively control the orientation or transition of the young ones from the manual to the internet space so that they transit ethically but if they find the way to transit by themselves it will be difficult to shape the conduct of young people or a generation to desired orientation.

Amina Usman, a female, youth and lawyer, was hopeful that not too long the youth will stir a lot of improvement through the not too young to rule law.

But, Nigeria’s problem may not be self inflicted as exposed by an ex-President of Benin Republic, President, Nicephore Soglo who is worried by major security threat to the West African region. He has accused the supposed African nations’ friend; Saudi Arabia and Qatar of Sponsoring and funding Boko Haram. Wazobianews.com had revealed that Soglo spoke at the constitutional term limits Summit in Naimey, Niger Republic where he called on Africans to stand united to solve their own problems, Soglo allegedly said.

In another appraisal of the problems in the country, the National Vice President of Miyetti Allah Cattle Breeders’ Association of Nigeria (MACBAN), – Muhammadu Jaure, has blamed and alleged judges and police for rising crimes by some Fulani across the Country. He leveled the blame against law adjudicators and enforcers on Saturday 21st September while speaking to reporters after an interactive session between Fulani leaders and the Commissioner of Police in Bauchi.

Jaure had also lamented that he does not support crime, would not want his Association’s members’ name to be blemished by criminals. He observed that some suspects, who were arrested on allegation of crimes, were released few months after their arrest and arraignment. “Worst of all, if they are arrested, it won’t take three months and the judges will release them. For what?” Jaure questioned.  However, he admitted that saboteurs who were involved in kidnapping, armed robbery and other forms of crime had infiltrated its ranks. Anyone who steals, robs or kidnaps any person for ransom should not expect the forgiveness of their Association, Jaure said.

Due to diverse opinions of the problems of Nigeria, some of which are reported above, a questionnaire was developed to find out the opinions of our readers. Please respond as you deem appropriate.