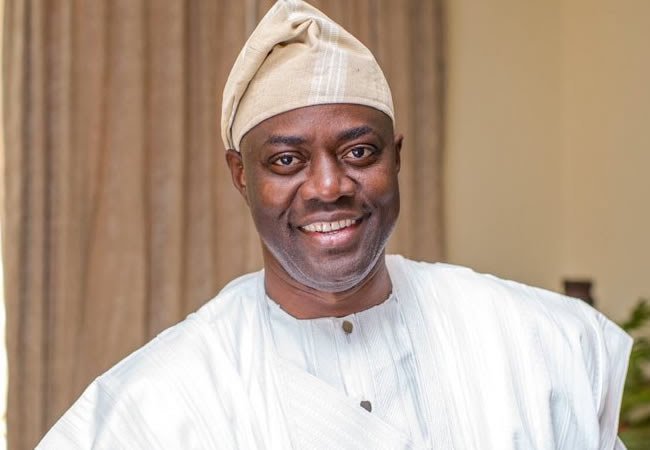 One of the most highly united groups of Lawyers in Nigeria; the Ibarapa Lawyers’ Forum, has pledged its unflinching support for the new Governor of Oyo State; Engr. Oluseyi Makinde.

In their petition to the Governor and made available in July 2019, the Lawyers are particularly pleased with Governor ‘Seyi Makinde – GSM for standing up to his election promises and his support for conscientious hands – Rt. Hon. Debo Ogundoyin, the Speaker Oyo House of Assembly and Prince S.G. Olaoye, member of Oyo State Advisory Council, both from the area in the State’s Government services. They urged the Governor to appoint more qualified hands from Ibarapa zone for his top government functions.

Besides, his kind gesture and love for people of Ibarapa and his sincere commitment and integrity displayed in handling of affairs in Oyo State is unparalleled, the Lawyers extolled.

It will be recalled that during the electioneering campaigns for the gubernatorial position of Oyo State, candidate Seyi Makinde promised Ibarapa people that he will make his first trip outside the State capital to Ibarapa-land if he won the gubernatorial election. As a further illustration of his concern for the welfare of Ibarapa people, he promised to complete the uncompleted Ologuneru – Eruwa road. As small as the promise to visit Ibarapa might have been measured in many quarters, the Lawyers said the Governor did not overlook it but paid his first village outside the State capital to Ibarapa as promised.

Concerning the Governor’s promise to complete the uncompleted Ologuneru – Eruwa road, the Lawyers alleged that many parts of the road from Gbopa area via Ido to Eruwa were not constructed in accordance with the engineering design / specifications. The contractor, they further alleged, did not insert drainages as specified in certain sections of the State as designed while the thickness of asphalt was very thin, of inferior construction materials and less than what was contained in the design.