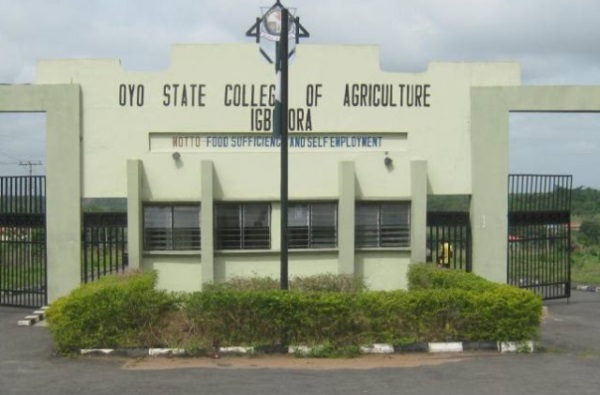 Different political party candidates contesting for the House of Representatives election in Ibarapa Central/North Federal constituency have remained daring and are all in high spirits, hopes and desperation. These politicians are aware that in a democracy where each vote counts, each voter matters to them because one vote can make a devastating difference in winning an election. For examples, in 1839, Marcus Morton led his opponent by one vote to win the Governorship of the State of Massachusetts and 1876, Rutherford B. Hayes won the Presidency of United States of America by a single leading vote and in 1960 Richard Nixon lost the Presidential Election to John F. Kennedy by less than one vote per precinct in the U.S.

And so, these young, educated and bold set of politicians do not want to take chances. They have at different times in this election week besieged the financially embattled staff of Oyo State College of Agriculture, Igbo-ora, Ibarapa Central Local Government Area who are owed of many months of unpaid salaries to canvass for their votes. Each of the politicians used one form of stratagem or the other to invite and gather many staff of the college to particular spots in Igbo-ora town for a meeting where they gave assurances and promises that raised hopes of staff of the College for salaries payments as soon each promisor gets to power.

Our source disclosed that the meeting deal was first activated by the PDP candidate Hon. Ajibola Muraina PhD, a Lawyer and former House of Representatives Member for Ibarapa Federal Constituency who used his vast skill and experience to assemble staff of the College somewhere at Abeokuta – Eruwa road express area of the town on Wednesday 13 February where he requested the Agric College Staff members to vote massively for him. He earnestly promised to use the influence of his office to ensure the payments of the outstanding salaries of College Staff Members as soon as he is sworn into office. In their response, a spokesperson of the College staff thanked the Honourable for his sympathy for their plight and assured him of every possible support.

As soon as news made round the town that Honourable (Dr.) Muraina has made an inroad at gathering and meeting many staff of the College, other candidates for Ibarapa Central/North Federal constituency equally gathered and met the College staff at different hours on Friday 15 February at a Catholic Primary School premises in the town to calm frayed nerves of these aggrieved staff members and to persuade them to vote for their candidatures. Notable among the candidates that afterward gathered and held meeting with staff of the Agric. College were; Hon. Ademola Ojo of the APC and Hon. (Dr.) Adebayo Adepoju of the ZLP.

Our sources further revealed that at the end of each candidate’s meetings with the College Staff, the attending aggrieved staff had succor that made them to be temporarily happy. The highest relief was believably from Hon. (Dr.) Ajibola Muraina of the PDP.

Meanwhile, many staff and residents of the town have been associating recent incidences of sudden deaths and illnesses among some of the college staff and their families to the non-receipt of cumulated outstanding salaries and allowances by the College Staff. An aggrieved member of staff who spoke to this reporter on condition of anonymity said many staff members do not have other sources of earning a living due to public service regulation that had crafted other sources of earning income by public officers as “divided loyalty”; a situation whereby public officers are stranded between the devil and the deep sea.