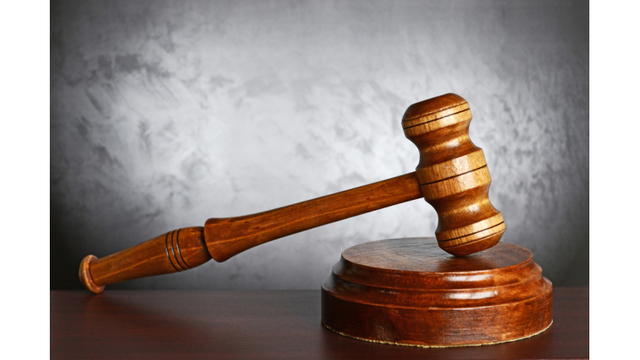 A commercial driver, Mr. Akani Abas has charged his divorced wife Dasola to the Customary Court seated at Mapo, Ibadan, Oyo State, Nigeria where he made some serious allegations against his divorced wife in order to claim his 18 years old Daughter, Taiwo who has been staying with her mum, Dasola since their separation several years ago.

Akani Abass told the court that Dasola left his house “illegally” with his two daughters Taiwo and Kehinde since 2006 over a minor dispute which had been settled by family elders but had insisted that she won’t return home to him. Abass further stated that he and Dasola later agreed to rent an apartment for her, this, they did at Apete Area and they went on with their love life.

No Sooner that she got into the new apartment that, she gave birth to another daughter for Abass and over time two of these children, Kehinde and Idowu died under her care due to her carelessness, he alleged in court. Abass also alleged Dasola in court of killing the two children with witchcraft for which action was to sustain her rank in her witchcraft group. He further alleged that her estranged wife is a bean cake seller who “used” her daughter’s life in her trade in order to have fame. He said Dasola has blindfolded him for a long time but that her spell is over and could now see clearly. He finally urged court to give him back his living daughter that remains with her because he cannot allow Dasola to ‘kill’ her too.

In her defence, Madam Dasola started crying loudly in the court room while she said it was true that she had left Akani Abass house since 2006 because she caught her husband sleeping with her maid. She said immediately she left his house, Abass scattered all her belongings in order to rent the room to a Youth Corps member from who her husband had collected money. Dasola added that she arranged to pack her belongings to her parents’ house. Later Abass came to her with family elders to beg and the couple arranged an apartment elsewhere of which she moved into. She revealed that Abass has other six wives and still used to visit her. Over time, Dasola said that she gave birth to another child Idowu Abass, unfortunately both Kehinde and Idowu died. She prayed never to bury any child again. Dasola also disclosed in Court that apart from her daughter, her husband has many other children but he has not taken care of all these children and therefore would not want to release Taiwo to him. Also, Dasola said that Abass does not know anything about the welfare and educational life of Taiwo from the onset. She affirmed by presenting to court all necessary credentials including all schools receipts and report cards to show that she has been taking care of Taiwo from her primary school days to the University level where Taiwo, her daughter recently got admission on merit. She added that Abass want to claim Taiwo because he perceived Taiwo as doing well educationally, a situation he did not contribute to. She pleaded that it will be dangerous to release her daughter to her husband because he is not a responsible man having engaged in immorality in the past with her maid. She added that other children staying with him are not well trained morally and educationally.

She also told the court that she had divorced Abass successfully at Itamaya, Oke-Are Customary Court, Ibadan about 2 weeks earlier this suit and it was three days after the Customary Court judgment that he served her with another letter from Mapo Customary Court in order to claim their only remaining daughter.

Dasola stated that the reason she for took legal action to divorce her husband was because of his incessant harassment, and sometimes with garage hoodlums to scatter her shop. Many times he threatened to use black charms (Juju) to kill her. At other times, he would come late in night to her shop and threatened to kidnap her daughter to the extent that her brother had to challenge him. It was this same brother that advised her to handle him legally. She concluded by appealing to court not to allow him to take her daughter away from her in order to secure better future for the daughter.

The Court President, Chief Ademola Odunade thoroughly checked all credentials, receipts and report cards submitted to court by Dasola and asked questions from Akani Abass to proof that it was Dasola that killed their two daughters. He asked if Abass saw Dasola using either the late daughters’ laps or arms to prepare her bean cakes as he alleged. Abass replied that he did not see Dasola doing so but insisted that she was the one that killed their daughters.

Chief Ademola Odunade frowned at Abass insistence without facts and warned him not to repeat the unfounded statement. The judge told Abass a witch doesn’t shed tears talk less of crying publicly. Chief Ademola Odunade cautioned that if Abass want to experience happiness for the rest of his life he should stop agonizing Dasola based on false allegations Abass has not backed with facts. The Court President strongly threatened to get him on record if he insisted on false allegation and to handle the statement legally by asking Abass to produce facts and evidence for which if he failed he will be arrested for giving court false statement.

Chief Ademola Odunade further asked Abass question on how he had been paying Taiwo’s school fees with evidence of payment but Abass could neither give any specific amounts paid as his daughter’s school fees nor produce evidence of payment but merely insisted that he used to give Dasola money for Taiwo’s school fees. Chief Ademola Odunade further asked Abass to tell the court the class at which Taiwo is presently placed and Akani Abass – the father replied it was Senior Secondary School 2.

The Court President, Chief Ademola Odunade pitifully shook his head and told Abass that truly he has nothing to do with Taiwo’s education, he just want to ruin Taiwo’s future. How could a responsible father not know his child’s education status. Chief Ademola Odunade told Abass that according to the documents and credentials he has with him which Dasola submitted in court as evidence has proved that Taiwo has been admitted on merit  into a renowned University, he therefore advised Abass to be grateful to Dasola for using everything she has to give Taiwo, Abass’s daughter qualitative education up to the University level. He admonished him not be an ingrate because has never changed Taiwo father’s name which means Taiwo is still Abass’s daughter.

Chief Ademola Odunade asked Abass to allow Dasola to give Taiwo sound education. He added that if Abass continues to pressurize Dasola and Taiwo, Taiwo might eventually go to court and disown Abass as his biological father. So, if he doesn’t want that to happen he should stay peaceful. Chief Ademola Odunade finally asked Abass how many graduate has Akani Abass had ever produced and Abass replied, none.