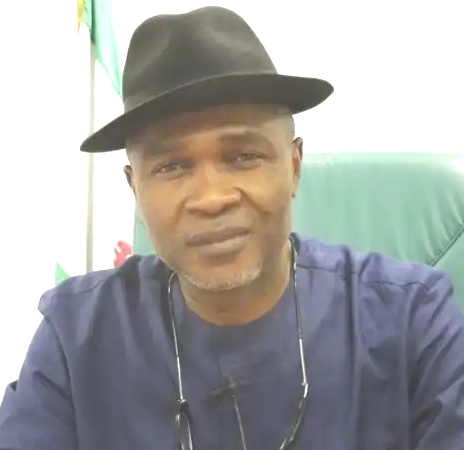 Just as Nigeria’s upper legislative chambers – the Senate concluded on Ekweremadu’s note today that there is no particular statistics in respect of how many APC or PDP members are in the Senate, sequel to ongoing crossways carpeting by members of both parties, a great revolution that may greatly change the face of Nigeria has been ignited at the Federal House of Representatives.

A bill to revolutionize governance in Nigeria was introduced today by Hon. Ogundu Kingsley Chinda and sponsored by 70 more members of the Nigeria’s House of Representatives. Hon. Mohamed Monguno- APC  Borno, Hon. Osai Osai – PDP Delta and Hon.  Kingsley Chinda PDP – Rivers addressed Journalists over the bill and all agreed that the bill seeks to  fast track economic growth and development for the country.

The Bill over which efforts started a year ago scaled its first reading today. Yet, Representative members believed the bill is achievable into law. They noted that Nigeria is the only commonwealth country that practices full presidential system others practise parliamentary system.The Parliamentary system helps to produce best leadership for a country.

It will be recalled that sometimes in December 2017, in His New Year national broadcast President Buhari observed that Nigeria had tried without much success the parliamentary system which some agitators are now calling for. He said no human law or edifice is perfect. He urged Nigerians  to be patient as; “we must give a long period of trial and improvement before the system we have adopted is anywhere near fit for purpose.”

But the response by some Nigerians then was that Nigerians did not adopt Presidential system of Government rather they alleged that it was the command structure of the Military Government in which Buhari was part of that endeared the military to impose Presidential system to the nation. Besides critics then alleged that there was no constitutional conference that jettisoned the hitherto parliamentary system practiced for only 5 years (1st October 1960 – 15thJanuary 1966) by the country during which part of the military that ousted the Parliamentary system was not patient with it.

The revolutionary bill sponsored by a Lawyer, Hon. Ogundu Kingsley Chinda from Obio/Akpor Federal Constituency River State seeks to restructure Nigeria’s fledging Presidential system of Government back to Parliamentary system that had made Nigeria great in the past. This effort by Hon. Kingsley Chinda and other Representatives aptly captured the recent findings and thoughts of eminent and straightforward Nigerian Elders.

In January this year, more than eleven months ago, during a news conference to mark his 79th birth day at Ila, his Osun state home, an elder statesman, former Interim National Chairman of All Progressive Congress and former Governor of Osun State Chief Bisi Akande had condemned the presidential system of Government in Nigeria as complicated, costly and a system that can no longer sustain the growth and success of Nigeria. He said multiparty democracy is the best system of government for Nigeria to catch up with the rest of civilized world. He said Nigeria is now running a difficult government within an unworkable setting.

Akande was even alleged in some quarters to have exonerated Buhari’s  government of slow economic growth when he said that thousands of Buhari would find it difficult to fast track development for the country under the difficult and complex Presidential system that the country is running. He also pointed out that parliamentary democracy had enabled United Kingdom to be rich, stable and respectable and Israel very strong economically and militarily.

Again, in October, two months ago, Akande reiterated his call for restructuring of the country during a paper he presented in faraway United States at the APC – USA convention held in Washington DC USA where he was a Special Guest of Honour.

Also, a former Vice Chancellor Ahmadu Bello University and convener of Northern Elders’ Forum Professor Ango Abdullahi had 8th December asserted that the Presidential System is corruption ridden, full of impunity and less accountable to the people. He believed the Presidential system in as culpable of the deep rooted corruption in the country. He hinted that the North was not against restructuring and that the North stands to gain more if the country was restructured. Professor Abdullahi believes in restructuring and therefore strongly advocated for a return to Parliamentary system of Government.

Both forthright Elders; Chief Bisi Akande and Professor Ango Abdullahi who at different forum agreed that evidence-based findings and analysis have proven that parliamentary democracy is the most transparent and accountable form of Government in the whole world.

A wisdom treat says a country structured to stuck needs a restructure to stock.

Significant to note is that the lead sponsor of today’s Bill that seeks to restore Nigeria back to the path of glory – Hon Ogundu Kingsley Chinda was born in 1966, the year that Nigeria lost her glory to deviate from accountable Parliamentary system of Government into the dungeon of autocracy only to be freed after several experimental years into the unremorseful Presidential system that refused to safeguard the value system of her component parts, rebuffed to build economic moss and promoted difficult environment for  political transparency and accountability for the country.

The question in minds of some people is that; did God raise the person of neonate (sin- less) Chinda that same year (1966) that Nigeria’s Parliamentary system was obstructed in order to restore Nigeria this time (2018-19), back into global glory?

With the sprouting of this bill that cut across party divides and if duly supported soonest by most members of the National Assembly, Nigeria may be on the track to restoration. The country may after all not have been jinxed as feared by patriotic citizens. Nigerians are waiting, to be or not to be.