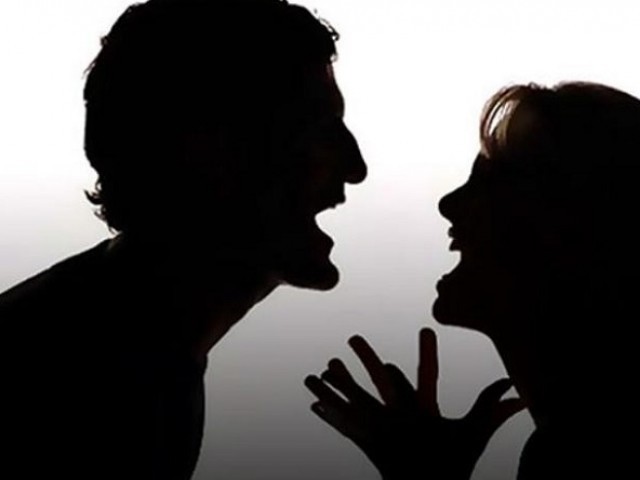 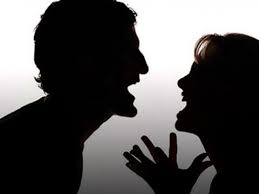 Mr. Hamzat Ibrahim has taken his wife Ramota to the Customary Court, holding at Mapo, Ibadan, for moving out of their matrimonial house with their only child and without informing him. Mr. Ibrahim a commercial motorcyclist who lives at Odo-Oba area of Ibadan told the court that the whole scenario started on the day of resumption of their daughter for the first school term of 2018/2019 academic session.

He narrated that he went with his wife to drop their only child at the school for the new session. They departed together from the school gate and he went to purchase what they will cook but on getting home, Mr. Ibrahim discovered that his wife has moved out from the house with all her belongings. He quickly rushed back to their daughter’s school to check her but when he got there, the child too cannot be found and he was told that his wife has come to pick her.

Mr. Ibrahim further told court that he decided to go and check at her parents’ residence but on getting there he was told that she has not come there. His father in-law pacified him to be calm and assure him that he will take necessary steps to find her. Mr. Ibrahim added that he was confused to the extent that he could no longer work on that day. He called her mobile phone number but it was switched off for five days. Mr. Ibrahim told the court that he daily went to his in-law’s house but no positive result.

On the sixth day, he tried her number and she picked it but told her she was in Lagos and he should not call her anymore and she is not coming back to him because she is not interested in the marriage again. Immediately, he heard this, he informed her parents and observed that it appeared that it was a planned work which he believed to be unfair to him. Mr. Ibrahim admitted that he used to have disputes with his wife, the situation he believes is normal in marriage. He also told the court that he had once beaten his wife because she doesn’t listen to him and sometimes does not confide in him. He added that he had once injured her with phone but he concluded that he still love his wife and appealed to court to order her and the child to come back to live with him as her husband.

In her defense, Mrs. Ibrahim told the court that she intentionally moved out from Mr. Ibrahim’s house and urged the court to dissolve the marriage between her and Mr. Ibrahim because she doesn’t want him to kill her. She further narrated that Mr. Ibrahim has no regard for anybody whenever he is angry. She alleged that her husband is a hot tempered man and had once beaten her father. She said everything started when she was pregnant for him after their marriage four and half years ago and since then she has not enjoyed a day in Ibrahim’s home. She said there was a day that he sent her out of the house in the middle of the night during her pregnancy. She said she had to call her father to pick her up at Sabo area of Ibadan.

Mrs. Ibrahim also narrated that many times her husband locked the door on her to beat her whenever there is dispute between them and if co-tenants tried to intervene he harassed them and sometimes he turned it into a big fight within the household. Mrs. Ibrahim added that there was a day he sent his mother off from his house by 11.00 pm just because he wanted to beat her – his wife and he doesn’t want his mother to intervene. Sometimes she will be left behind at the shop by 10.00 pm, he will tell her to find her way home still he won’t allow her into the house till he pleases. There was a day he did not allow her and his mother to enter into the house until 12.00 midnight and despite their cry, he did not allow them in, Mrs. Ibrahim said. On that day he told his mother to send her away but his mother insisted that she will not enter until he allows her too.

There was another day he tried to beat her once and she ran to a tenant’s room with the intention of dodging there because it was around 11.00 pm, he found and beat her until she was unconscious. Later, she was rescued by other tenants one of who called her parents and her father came that night. Immediately, she gained consciousness, her father took her home. The following day, her husband came with league of Alfas to appeal on his behalf. Over time, his plea was considered and she was allowed to follow him.

Mrs. Ibrahim also alleged that her husband left her and their child for two months to unknown place and without any information. When he came back, he was not sober he just told her that he embarked on missionary journey with the Teblik religious Sect. Also, he had once accused her and her father of stealing N50,000.00 (US$138.9) and he attempted to detain them but when they got to Mokola Police station he could not enter into the police station to report. She said her father told him to go ahead but he couldn’t.

She corroborated her husband narrative that he had once used his phone to injure her head because he was teaching her to recite some quotes in the Holy Quran which she found too hard and voluminous. She further told the court that there was a day he tied her up with a rope like an animal just because she told him to stop treating her like a baby whereas she is his wife not his child.

Mrs. Ibrahim further lamented that the last violence he unleashed before she packed up her belongings from his house happened when he gave her N5, 000.00 (US$13.9) but later in the day came back to her to demand for the said amount of which she told him that she had given it to her parents, he was furious and started beating her. He later rushed down the street. When he came back he picked a knife and started cutting off her clothes and all means to calm him down was fruitless until he punched her face and she fell down unconsciously, she said.

When she woke up, she made up her mind that it was over between them because if she does not run for her life she might end up dying for nothing, she said. She also added that she had once served him a court letter but he was so evasive that he didn’t surface, but she was so surprised when her father called her that her husband brought a letter from the court.

She finally pleaded to the court to dissolve the marriage between her and Mr. Ibrahim in the interest of her safety and she requested further that the court should grant her the custody of their four year old daughter. Faridat Ibrahim. She told court that she took her decision on her own and without the consent of her parents contrary to Mr. Hamzat Ibrahim claims.

After examining both sides, the Court President Chief Ademola Odunade observed that Mr. Hamzat Ibrahim has either psychological or spiritual problem which he advised him to find means to treat himself.

Chief Ademola Odunade ordered the dissolution of the four and half years old marriage with conditions that Mr. Hamzat Ibrahim shall be paying N5,000.00 (US$ 13.9) monthly as feeding allowance for their child. In addition, the court ordered that their daughter shall be under the care of former Mrs. Ramota Ibrahim until Faridat is old enough to decide on her own. Chief Ademola Odunade added that an official letter will be given to former Mrs. Ramota Ibrahim in case she is threatened by Mr. Hamzat she should just take the letter to the police station. The policemen will take necessary steps. Also, the Court President, Chief Ademola Odunade ordered that whenever Mr. Ibrahim wanted to see his child, he shall come to court to make official request, then the court will arrange how he is going to see his child. The Judge cautioned Mr. Ibrahim not to go near former Mrs. Ramota Ibrahim again if he doesn’t want to get rotten in prison.