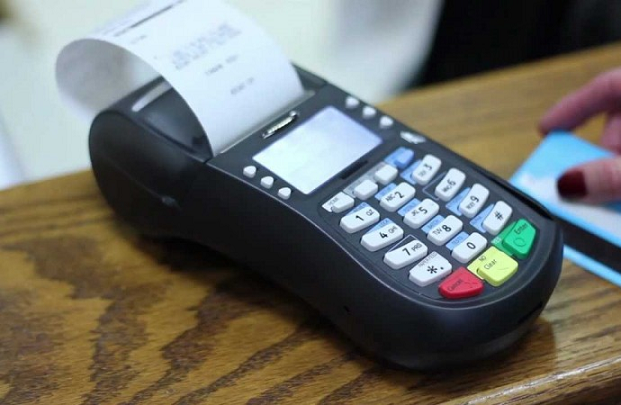 These are hard times all over the world. Measured by many unwholesome conducts that are seen here, things seem hard here more than elsewhere in the world. The spate and spread of financial fraud across vertical and horizontal strata of our society is heightening and frightening. At fuel stations, local retail stores, rent agents, churches, mosques, community organizations, Social clubs, work unions, public offices and many places where one should not normally expect of sharp practices are now havens for opportunists in sharp deals. The reprehensible conducts range from non-payment of change on monies spent, request for drop of gifts from customers and the defraud of the organization’s monies and equipment.

A business man Mr. Abiola has allegedly been swindled by his sales girl, Ms.  Idogo and one other person who is at large. Idogo was docked before the Magistrate Court 4 Holden at Iyaganku Area, Ibadan Oyo State Nigeria over allegation of stealing of Mr. Abiola money through Point of Sales (POS) machine.

The defendant faced two-count charge that; Ms. Idogo and one other now at large on 8th day of November, 2018 at POS boot located beside Abapanu Central Mosque Ibadan in Ibadan Magisterial District did conspire together to commit felony to wit stealing and thereby committed an offence contrary to and punishable under section 516 of criminal code cap 38 Volume 2 law of Oyo State of Nigeria 2000.

The second count charge stated that Ms. Idogo and one other at large on same date and place in the aforementioned Magisterial District did steal a sum of N148,000.00 (US$411) being property of one Mr. Abiola and thereby committed an offence contrary to section 383 and punishable under section 390 (6) (9) of criminal code cap 38, Volume 2 laws of Oyo State, Nigeria 2000.

According to the Prosecuting Police officer; Temitope Daudu, the case was reported on the 17th of November, 2018 at about 11:00am by the complainant Mr. Abiola of Araromi Community, Orita-merin, Elebu Ibadan against one Ms. Idogo of Abapanu and one other now at large who allegedly stole a sum of N148,000.00 (US$411) meant for his business. Immediately the case was reported to the Police, the voluntary statement of the complainant was taken and he was followed to the resident of the suspect. The prosecutor added that the suspect was instantly invited to the police station and her statement was taken under caution.

The Police Prosecutor continued that the complaint alleged that N243,000 (US$675) was placed in care of the sales girl on that day but to his surprise in the evening he found that N150,000 (US$416.67) has been collected and verified on the cash book. Mr. Abiola called his sales girl and she started telling him that he, the boss, was the one that ordered her to pay N143,000 to a woman. The prosecutor told the court that Mr. Abiola said when the unknown person came, she asked the sales girl whether am at office or not and the sales girl replied that her boss was not at office. Mr. Abiola further said his sales girl told him that she wanted to call him but her phone battery was flat and therefore could not make calls and that was why she used the person phone to call him.

He denied sending anybody to collect any money contrary to what the sales girl said that her boss answered and instructed her to disburse the money.

Mr. Abiola said immediately his sales girl told him of the disbursement he felt uncomfortable and this led him to a slight illness and it took 3 days before he recovered from the illness. He said he started watching her behavior and eventually felt that he has been defrauded. That was why he reported the case late.

The Prosecutor – Temitope Daudu further narrated to Court that when police was interrogating Idogo, she replied that she did not partake in defrauding her boss and that it was as if the woman used juju on her such that within a short while she became unconscious of herself. The Police narrated further that Mr. Abiola said his sales girl has not shown any sign of regret or remorse on her action and that she has never for once mentioned the repayment of the stolen money and that was the reason why he, the boss, suspected her of partaking in the stealing more so of his experience that fake transfer is rampant in the society he did not deal in transfers and had forewarned his sales girl not to transfer to anybody and on no account should she pay anybody based on transfer.

Beside, Temitope Daudu told the court that Mr. Abiola had told the police that nobody called him with unsaved number on that day contrary to what his sales girl was claiming that he (Mr. Abiodun) and the unknown woman entered into negotiations.

In her defense, the 25 years girl, Ms. Idogo a native of Oherigwe in Oju Local Government of Benue State Nigeria pleaded not guilty and told the court that she left Abeokuta the capital city of Ogun State Nigeria in the year 2013 when she was in SS2 class in order to be apprenticed in “chemist and auxiliary Nursing work” in which she is yet to be certified due to lack of funds. Idogo also told the court that she started working as sales girl with Mr. Abiola since October 2018 but on the 11th of November 2018, her boss gave her N160,000 (US$444.4) plus the previous day balance of N83,000 (US$230.56) altogether at N243,000.(US$675) She narrated further that at about 11:00 a.m., a woman came to her in the office and told her she wanted to collect money and she finally demanded for her boss and this prompted her to ask the woman whether she knows her boss? And the unidentified woman answered; yes. Even the woman mentioned her boss’s name and the woman requested to collect N150,000 (US$416.7) cash from the sales girl after transferring the same amount to her boss account and the unknown woman asked her to call her boss. Unfortunately, she was charging her mobile phone elsewhere. She then collected the unidentified woman’s phone to call her boss. Idogo further told the court that she dialed her boss number, he answered it and she put it in loud tone and her boss and the woman started negotiating the charges and he told her on phone to charge N2,000 instead of N3,000 and she gave the woman N148,000 and the woman left with the money.

Ms. Idogo also told the court that since she started working nobody had either come like that or had her boss sent anybody to her to collect money by transfer. She alleged that the phone line the person used was 0906-453-4554. She lamented that how transfer was not made from the customer’s account to her boss account is still mystery to her.

The Chief Magistrate Muideen Salami granted Idogo a bail in the sum of N50,000 (US$138.9) with one surety who must be thoroughly verified. The case was adjourned to 17th January, 2019 for further hearing.