I Refused His Taking Advantage of Me – Woman Tenant Recounts Ordeal in Court. 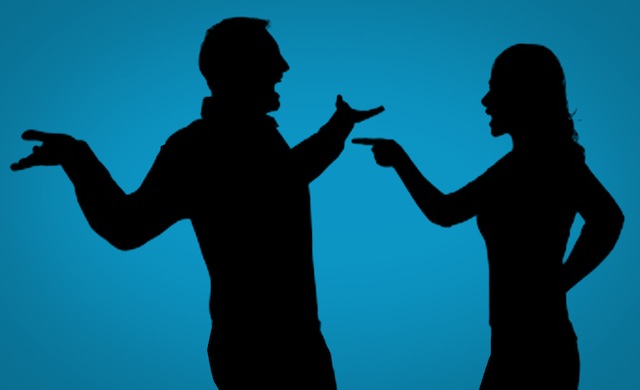 I Refused His Taking Advantage of Me – Woman Tenant Recounts Ordeal in Court.

A quarrel between a bachelor tenant and a married woman sub-tenant reached its peak as the tenant and sub-tenant appeared before the Grade C Customary Court Odo-ona, Ibadan in October 2018.

The plaintiff and complainant, Mr. Peter Uzoho, a bachelor and cotton material seller, had dragged the defendant Mrs. Amaka Omah a married woman and foodstuffs trader to Court over the defendant’s failure to redeem an alleged rent.

Mr. Uzoho, a tenant himself within the apartment under discussion, told the court that he sublet a room out of the 3-bed room apartment he had rented at Ago-Tailor, Odo-Ona area, Ibadan to Mrs. Omah. He explained that he did not know madam Omah until one of his friends, whose name he did not disclose, brought her to him to help her because she had been sent parking from where she was leaving.

The complainant narrated to the court that he agreed to sublet a room to Mrs. Omah out of the 3-bed room flat he occupied because he is a bachelor needing less rooms and would be able to collect an agreed sum of N60,000.00 (US$166.67) from Madam Omah to redeem some works such as painting and electrical wiring repair works he did on the apartment. He said he collected N30,000.00 (US$83.33) in the first instant from her in December 2017 after a plea from his friend to take part payment and she packed in by December, 2017.

Immediately she packed in, she traveled and came back at end of January 2018, he recalled. Mr. Uzoho further narrated that later in February 2018, he demanded for the outstanding balance but she replied that he should be patient with her because her sales was not flourishing for which he sympathized with her.

Mr. Uzoho added that the next thing he observed was that Madam Omah was telling people carrying around allegation that he was trying to extort her. When he heard that, he went to her and requested for his balance. Surprisingly, she told him that she delayed the balance because she heard that he plans to vacate the building by June 2018 contrary to their agreement. At this junction, Uzoho confirmed in the Court that he had told his friend about a project he was pursuing and that if it sailed through, he plans to vacate the house and hand her over to the Landlord but it was not part of their agreement, he added.

The project did not come into reality yet she demanded that he should vacate the house for her, Uzoho said. He therefore reported her to his friend who summoned her. When she got there, she was asked what was going on and she replied that she was tired of the house and that by the end of July she will vacate the apartment.

Mr. Uzoho further narrated that by end of July she did not vacate the house. At the end of August she did not leave again, instead she traveled. Mr. Uzoho said his friend called her on phone during which she alleged him (Uzoho) of frustrating her by cutting her clothes, putting waste products at her window, a big snail in the kitchen all of which suggested to her that he was planning to use her for money rituals. Mr. Uzoho also told the court that Madam Omah tied her travelling out of the house to the fears of the affliction inherent in the allegations that she made.

When he heard the allegations, he, Mr. Uzoho said he called the defendant, Madam Omah and she replied that when she comes back they will jointly investigate her allegations and that she will not pay the balance or leave the house. He said it was when he sought for advice from people that he was told to seek redress at the Customary Court for justice.

At that point, the President of the Customary Court; Chief Fabiyi asked him what he wants and Mr. Peter said all he wants was her payment of the outstanding rent and that she vacates the building because there is no peace in that house again. He complained to the Judge that the defendant has forced him to abandon the kitchen for her and gradually she is claiming his apartment which he believed is not fair.

In her defense, Mrs. Amaka Omah agreed that it was Mr. Peter Uzoho’s friend that introduced her to Uzoho. She stated that they agreed on N60,000.00 (US$166.67) for a room in the 3-bed room apartment occupied by Mr. Uzoho. She also conceded that she owed him N20,000.00. (US$55.55) In her further narration, she said that when she met Mr. Uzoho’s friend, she told him that she needed at least 2 bedroom flat Mr. Uzoho’s friend told her that one of his friends has 3-bedroom flat at Ago-Tailor area of Odo-ona, Ibadan and that he will soon vacate the house and that by the time he is to leave the house he will introduce her to the Landlord so that she can take full charge of the house. Later she met Mr. Uzoho and they agreed on terms and conditions including money.

Mrs. Omah further stated that the whole disagreement started when the Landlord came to the house and met her alone and the Landlord alleged that Mr. Uzoho has not been paying rent for over 2 years. She also accused Mr. Uzoho of harassing her with different ill-mannered songs. She said whenever she is cooking in the kitchen; Mr. Uzoho will go to one corner of the apartment to sing in attempt to seduce her with style. She said she warned him to stop such behaviour because she is married woman. She added that since then, she had been facing different issues in the house to the extent of seeing big and scary snail in the kitchen. She said there was a day she spread her clothes on the line but before she came back, her clothes were tampered with. Sometimes she said, she found human shit faeces at the back of her window until she was finally served with a letter to appear before the Customary Court.

The President of the Customary Court, Chief Fabiyi asked Mrs. Omah what she wants and she replied that Mr. Uzoho should give her time him till end of December to enable her prepare for her quitting.

Chief Fabiyi advised Mrs. Omah that the best thing for her is to vacate the building as soon as possible because she is sitting on a keg of gun powder which is hazardous if care is not taken. The Judge observed that Mrs. Omah needs quick alternative even if it is not suitable but as long as it is manageable. Alternatively, she can move to any of her relatives or friends or Church if they can accommodate her. The Judge also advised her to move out of her current apartment because of her safety.

Chief Fabiyi cautioned her to forget about estate agents for now because if unscrupulous house agents know what she is passing through they will use the opportunity to extort her.

The President of the Court, Chief Fabiyi ordered that Mrs. Amaka Omah should vacate a room she sublet from Mr. Peter Uzoho and move out of the building before the end of November 2018 and she should pay N3,500.00 (US$9.72)  to the Court as Court fee.