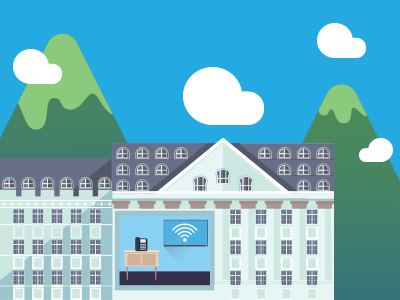 Once upon a time Africa’s Egypt was the bastion of human civilization. As time goes on, this changed elsewhere. Many anthropologists believe that the wind of civilization is never static, it moves round the world.

John Lewis an Anthropologist revealed in his book; Anthropology Made Simple,1961 & 1969  that when the Mediterranean Culture was flourishing under the Greeks and Romans, the Gaul and Britain were living in savagery, yet the centers of culture did not shift to Northern Europe until after the Renaissance. Also, during the dark ages, there was great Arabian civilization extending from Baghdad and Alexandria through North Africa to Spain when Medicine, Mathematics and Philosophy flourished there and the Arabs became tutors of backward Europe” Lewis wrote.

This brought my mind to thoughts on how much of our civilization have been swept off by the wind of modernization. In the hearts of Yoruba land where there are King-ship institutions that are hugely financed purposefully to promote, protect and preserve our traditions, things have lost sway.

Our traditions are daily loosing sway to modernization. Yet no culture is superior to the other. It is assert-able that the modern culture, despite its material technology, is not necessarily superior to the traditional culture. Have you watched the film titled; ‘God Must be Crazy,’ I have forgotten the name of the producer. That is for another day’s discussion.

In the 1970s and 80s, there was once a Hotel in the heart of Yoruba land where 100% of its services to customers were all through traditional materials. Talk of the tumblers, the wine cups, the seats, the relaxation hut, the tables, the foods; were all Nigerian stuff. Some of the tumblers were made of amazingly nice looking wood and bamboo carvings, same were for the seats and tables that not only were of carvings but also of leather works.

Talk of the wines and drinks; traditional ‘burukutu’, ‘ogogoro’, ‘emu’, ‘agadagidi’ and other assorted local wines made from banana, palm tree, millet and others were available to customers there. All these were not toxic to the kidney or cancer inducing, unlike modern wines produced from chemicals which could sometimes be adulterated to meet demands of large unconcerned customers.

What about the foods in this Hotel that prized traditional policy? I will reply that the foods in the said Hotel were unbelievably tasty, natural, calories efficient, protein endowed and sugar dissociated.

When I report this, it is not in theory but you yourself could validate this with the replica of African foods available today in terms of ‘Amala isu’ (yam based) with ‘Ewedu’ or combined with ‘Gbegiri’, mortar pounded yam with vegetable with or without ‘egusi’ flakes, or pounded breadfruits (iyan jaloke), or ‘lagidingbi’ otherwise called ‘lafun’ (cassava based amala) to mention a few.

What about ‘akamu’ or ‘ogi’ or ‘eko’ pap drinks? There, you don’t sweeten the pap drink with sugar or saccharin but sweetened by liking of natural tiny seeds sweeteners called ‘agbayun’. Most of these traditional foods, drinks and materials are health compliant of which cannot be said of modern manufactured sweeteners.

Those that were called ‘Alaye’ 70s & 80s that had in those days visited the Hotel called Labamba Hotel, in Oyo Town could attest and add their story to this news features.

When I visited Labamba Hotel recently this September 2018, the condition had changed, the cultural value was not found to be African but westernized, its entire traditional outlook was gone and modernization has displaced it. I looked back with nostalgia that one of the firmament of a proud past about our tradition is gone. The enslaving new services, materials, buildings, structures, foods and wines of western world have been embraced, perhaps by the proprietor or perhaps by loss of customers to modernizing competitors.

Where do we go from here? I suggest that this should challenge our Universities that Teach Food Science or Catering and Hotel Management to prospect the feasibility of African Culture postured Hotels and arm themselves with proper feasibility report to seek private sector investment, including from Nigerians in diaspora who may believe in the need to invest in order to sustain our culture, productively. Our endowed entrepreneurs could also take up the challenge and the refill gap created by the Labamba Hotel of the 70’s and 80’s.

They should seek support to establish responsible Hotels or Food Centers that are about 100% culturally based; to serve the populace as well as for profit, doctrinaire and practicing Centers for advanced students. Since it is expected to be profit oriented, Government ownership should be kept out of it. Indeed, I believe that Government have much more to do in services for Universities Teaching Hospitals, Universities Veterinary Teaching Hospitals and other Public Health institutions than to be saddled with this challenge.

Let me conclude with a nostalgic toast to our Senior Citizens on the celebration of their day held during the week. Happy celebrations!