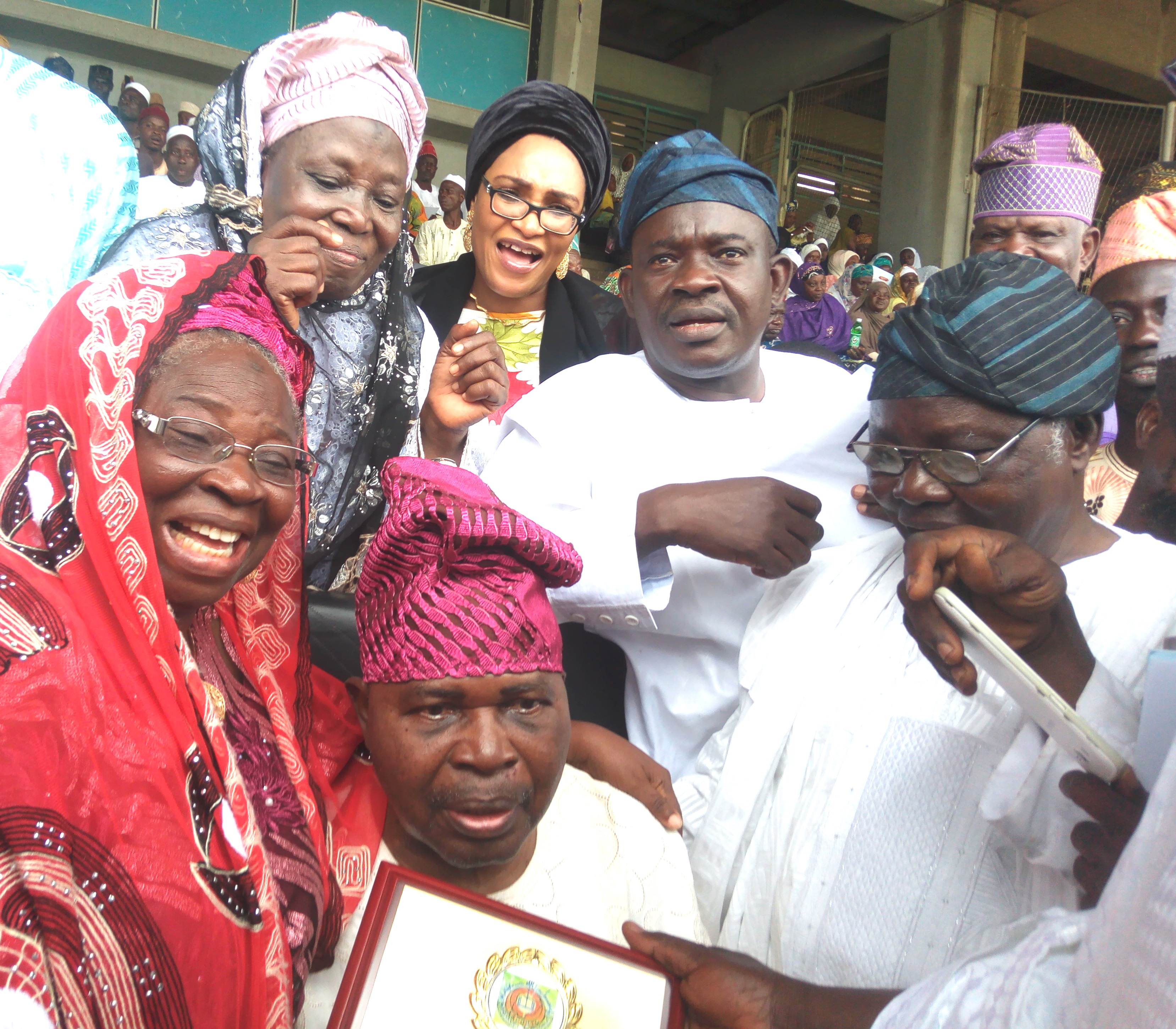 The Treasurer, Ibadan Baptist Conference Mr. Mathew Afolabi has lamented the lukewarm attitude of Christians to participation in politics. He expressed this during the Sanctuary choir, 9th Annual song service of Alaafia Oluwa Baptist Church held in Ibadan on the 9th of September, 2019 at the church auditorium.

As the Chairman of the Occasion, Mr. Mathew Afolabi urged Christians that have registered and obtained voters card to go out to vote during the general elections in order to strengthen democracy. He urged Christians to participate in politics, seek elective positions at Local, State and National levels. Besides, in order to make things change for the better in our society, Christians should struggle to be members and executives in all professional, business bodies and other important associations.

Distribution of Money to Traders; a Ploy:

The Baptist Treasurer further recalled that past experiences have shown that close to elections, politicians usually distribute money, food and clothing materials to woo prospective voters, he warned his followers not to collect such goodies that would mortgage their conscience. It was at this point that he viewed the distribution of N10,000 grants by the Vice President, Professor Yemi Oshinbajo to small scale traders in Osogbo as ploy to campaign, canvas and earn people’s votes. He questioned the timing of the Vice President’s largesse to coincide with Osun Gubernatorial election period.

Being a professional accountant, Mr. Mathew Afolabi used the occasion to shed light on how to start small scale businesses. He cautioned Christians against corruption and called on spiritual leaders in the church of God to preach and do what the Bible says.

Dismay over Establishing Churches for Meals:

Mr. Mathew Afolabi also expressed his dismay over many churches that were established today because of what to eat such that these days it is not everybody that goes to church that is a believer.

Allegation of Preference for non-Muslims at Voters Registration Centre:

A member of NACOMYO, Alhaji Taofik Ayegbajeje alleged that the INEC official who was to register him and many others as voters told him and others waiting on line to always wait as soon as members of certain non-Muslims religious group arrived to be registered, thus giving preference to the particular religious group over non-members.

Alhaji Ayegbajeje further alleged in the presence of7 the large audience at the stadium that there was a standby Pastor who kept interrogating persons that arrived for voter registration at Ibadan North Local Government and that as soon as the Pastor’s respondent confirms a person being a member of his religious body, he passes the person in for voter registration. He alleged of same practice by another similar non-Muslim religious group. Alhaji Ayegbajeje lamented how many Muslims would have been deprived from registering by this practice facilitated by INEC at this and other voters registration centers in Oyo State, more so of long discouraging queues at many centers.

In his welcome address, Oyo State coordinator of NACOMYO Alhaji Dawoood Bolaji Afolabi observed varied un-desirables things against Muslims in the country and therefore fervently called for Equity, Justice and Fairness to Muslims towards the attainment of stable polity in the country. He expressed his organization’s profound appreciation to the Governor – Senator Ishaq Abiola Ajimobi and numerous others for their kind assistance. He gave account of the previous year’s successful participation of his organization at State and Regional activities. He announced that the Muslim Ummah of South West (MUSWEN) turns ten this year. The coordinator announced that the Dawah Coordinating Council of Nigeria (DCCN) plans to hold a Unity Conference in Ibadan and Oyo State NACOMYO has been charged to head its Local

organizing committee. He expressed his disheartenment that the Imam-ship tussle in Igboora still remains a subject of litigation in the court and appealed to the warring factions to sheath their swords and give peace a chance in the interest of Islaam. He prayed Allah to open guidance to the people.

In his speech, the Aare Musulumi of Yorubaland Edo and Delta States; Alhaji Daud Makanjuola Akinola called for Muslims unity to enable achievement of their rights. The Aare Musulumi called on the government to gazette the approval that was give for Hijra as a public holiday in the State. He called on the representative of the governor at the ceremony in person of Alhaji Shiyanbade to convey Muslims request for a State Gazette for the approval.

Three Muslims were honoured at this year’s Hijra event. They were the Adedigba family (Alhaji/a Jamiu & Wasilat Adedigba) – an helpful Muslim family for the award of being the exemplary family of the year, Amousa Firdaos AbdusSalaam a lawyer who was deprived for one year of the call to Bar was honoured for her successful defense of wearing of hijab within the lawyer’s robe and the third was Professor Ishaq Oloyede the JAMB Registrar who exhibited remarkable honesty and trustworthiness expected of Muslims in position of authority by remitting astonishingly extraordinary revenue sum of not less than N7.5 Billion Naira annually since his appointment as the Registrar as against the previous long years of revenue remittance that were less than Tens of Millions of Naira annually.