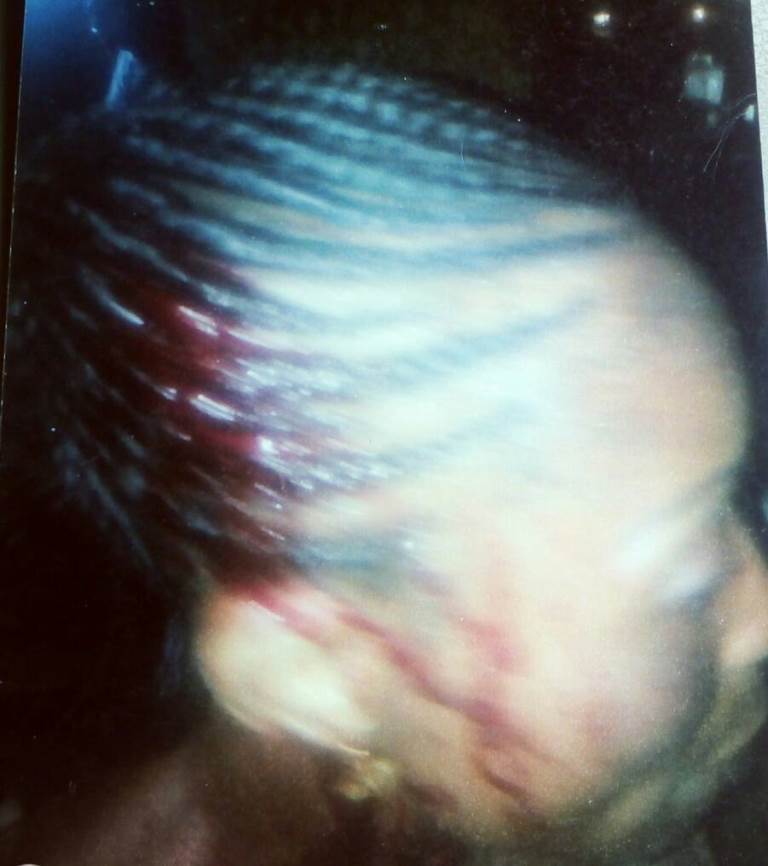 A woman politician Mrs. Omobola Adeleke popularly called “iya accord” has allegedly been assaulted by three men; Oyewo Abiola, Olaoye Mufutau and Oyewo Lasun. The three men have been docked before the Magistrate Court 2 Holden at North East Local Government Secretariat Iwo Road, Ibadan Oyo State Nigeria over bodily harm of Mrs. Omolola Adeleke a.k.a. Iya Accord on her head.

The defendants face six counts charge that Oyewo Abiola, Olaoye Mufutau, Oyewo Lasun and Lasun and others at large on the 15th of March, 2017 at about 19:30hrs at Efunwole area, Academy, Ibadan Magisterial District did conspire together to commit felony and thereby committed an offence contrary to and punishable under section 516 of criminal code cap 38 volume 2 laws of Oyo State Nigeria 2000.

The second charge was that the above named defendants at the aforementioned place, time and date did unlawfully assault Mrs. Omolola Adeleke by inflicting injuries and harm on her head and thereby committed an offence contrary to and punishable under section 355 of criminal code cap volume 2 laws of Oyo State Nigeria 2000.

They were also charged allegedly for unlawfully entering the dwelling house of Mrs. Omolola Adeleke with intent to commit felony therein and thereby committed an offence contrary to and punishable under section 412 of the Criminal Code cap 38 Volume 2 laws of Oyo State Nigeria 2000.

The fourth count alleged that they did steal an Elepac Electricity Generating Plant valued at N32,000, Infinix-3 handset valued at N31,000, 18-carat gold necklace valued at N22,500 and the sum of N80,000 all being property of Mrs. Omolola Adeleke and thereby committed an offence contrary to and punishable under section 390(9) of criminal code cap 38 volume 2 Laws of Oyo State Nigeria 2000.

On the fifth count, they were alleged for conducting themselves in a manner likely to cause breach of the peace and thereby committed an offence contrary to and punishable under section 249(d) of criminal code cap 38 Volume 2 laws of Oyo State Nigeria 2000.

The last count was that the accused persons maliciously damaged the house wiring of Mrs Omolola Adeleke valued at N12,500 and thereby committed an offence contrary to and punishable under section 390 of criminal code cap 38 volume 2 of Oyo State Nigeria 2000.

All the defendants pleaded not  guilty on all the charges.

In their testimony, the prosecutor Sgt. Tosin Babalola and Investigating Police Officer, Sgt.Temitope Daudu narrated in court that the incident was reported to the Alakia Adelubi Police station on the 15th of March,2017 by Mrs. Omolola Adeleke which necessitated their investigation and subsequent arraignment of the accused persons to court..

The prosecutor further narrated that that Mrs. Adeleke, a native of Oke-Offa who is a politician and trader in buying of rubber slippers and sandals from Abidjan had told the Police that a borehole was approved for her under the authority of Honourable Opeyemi Busari a Chieftain of Accord political Party purposefully for the development of the Efunwole area, Academy and a portion of land was given to her by her landlord but another landlord; Mr. Lasun Oyewo drilled another borehole directly opposite her own.

Mrs Adeleke said over time, Mr. Oyewo’s borehole was not functioning but hers was perfectly functioning and that Mr. Lasun Oyewo came to her with a customary court letter which stated that her borehole belongs him and thus requested for the borehole key from her.

Mrs. Adeleke continued that at the Customary Court they both gave account of their side of the stories and the customary court concluded that in order to take care of the borehole a 4-man committee should be nominated and she – “iya Accord” should be part of the committee. And that before she got home, the defendants had dismantled the padlock that bound the borehole and insisted that they were not satisfied with the customary court ruling.

She further alleged that she was advised to report the matter to her political party elders and before she came back in the evening and unknown to her the accused persons had unlawfully entered her dwelling house and destroyed the conduit wire that supplied electric power to the borehole.

But on getting close to her house, she further narrated the she noticed afar that people had gathered in front of her house and became inquisitive prompting her to ask people around what was going on and she was told that Mr. Lasun Oyewo and others had entered her dwelling house.

Mrs. Omolola Adeleke stated that she further made moves to confirm the incident but to her surprise the trio suddenly pounced on her shouting; bloody tenant. She said she was beaten up mercilessly and later Oyewo Abiola the son to Oyewo Lasun removed a burning stick from a bean cake seller (Alakara) and used it to inflict bodily injury on her head. Mama Accord said that she fell down, yet, they were insisting that they are going to kill her until her son; Mr. Babatunde Adeleke came to rescue her.

Mama Accord also told the court that she went to Alakia Adelubi Police Station, Iwo Road Ibadan with the blood gushing from her head. It was from the police station that she was taken to the hospital for treatment by the police and the case was thereafter charged to court.

Meanwhile, the Prosecutor had told the court that at the Police Station Abiola Oyewo son of Mr. Lasu Oyewo confessed to both the DCO 1 and the IPO – Temitope Daudu that he used burning stick to inflict bodily harm on Mrs. Adeleke’s head.

Later, both sides in the conflict were summoned by Efunwole’s Traditional Ruler – the Baale, in order to settle the matter amicably. The Baale advised that the borehole should be under key and lock for a week and that Mr. Lasun Oyewo should come to account for the money he realized from the sale of water from the borehole between 14th of March, 2017 and March 15, 2018 but Mr. Lasun Oyewo refused to comply, Mrs Adeleke narrated to the Court.

In the absence of the defense counsel – Kolawole Famakinwa, the Chief Magistrate Mrs. Babalola adjourned the case to the 30th of October 2018 for further hearing.