The Watchman was the Thief, Court Told 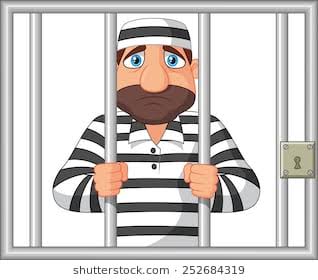 The Watchman was the Thief, Court Told.

The fundamental practice and belief of modern religions adopted from western and eastern worlds seek much to check crimes in every society. The essence of religion is to empower the followers to observe, understand, avoid evil and do well to neighbors and society.

Citizens are highly active when it comes to aspect of being religious but are reprehensible when it comes to proper conduct. People are so religious to the extent of going from one prayer places to another; from one holy mountain to another seeking God to do those things they could do by themselves through personal efforts. Religion has been commercialized such that denominations of religions are established by dubious spiritual leaders.

It is unbelievable in our society today that many rely on religion and have substituted hard work and diligence for prayers and prophesies as they expect miracles to occur in their favour. Despite all the religious activities and religious shows, crimes are increasing at alarming rate, day by day in our society.

In Ibadan, a security personnel Jeremiah Elijah was docked before the Chief Magistrate Court 1 holding in Iwo Road, Ibadan less city Magisterial District Ibadan on two count charges of felony and stealing. Jeremiah Elijah was charged with others at large that sometimes in June 2018 and at Bashorun in Ibadan, he did conspired together to commit felony to wit stealing and thereby committed an offence contrary to and punishable under section 516 of criminal code cap 30 Volume 2 laws of Oyo State Nigeria 2000.

Police prosecutor, ASP Ogunremi alleged Jeremiah of the crimes while telling the court that the incident was reported to the police station Idi-ape, Iwo road on the 15th of June 2018 by Mr. Abraham Akinfenwa, a trader who said he has a building at Bibilari area of Idi- ape, Bashorun Ibadan where Mr. Akinfenwa divided the building into two and lend one part to a well-known church. He made use of the second part as office for pure water and ice-cream depot.

Mr. Akinfenwa had reportedly told the police that the last day he took inventory of his office at Bibilari area was on the 4th of April 2018 and everything was intact but on getting to his office on the 15th of June, 2018 he discovered that seven shops have been broken through doors and ceilings by unknown thief (vies) and the above named equipment and machines were stolen.

ASP Ogunremi further told the Court that Mr. Akinfenwa told the police that he suspected Jeremiah Elijah and Justice Jeremiah the Church securities. The police embarked on their investigation and Jeremiah Elijah was arrested and charged to court.

Chief Magistrate Taiwo Olaniran was about to give the judgment but this was postponed to 18th of July, 2018 because the prosecutor ASP. Ogunremi asked for more time from the court to catch the others at large so that they will all face the wrath of laws together.