Events in Strait of Hormuz, Threat to Nigeria’s 2019 Elections 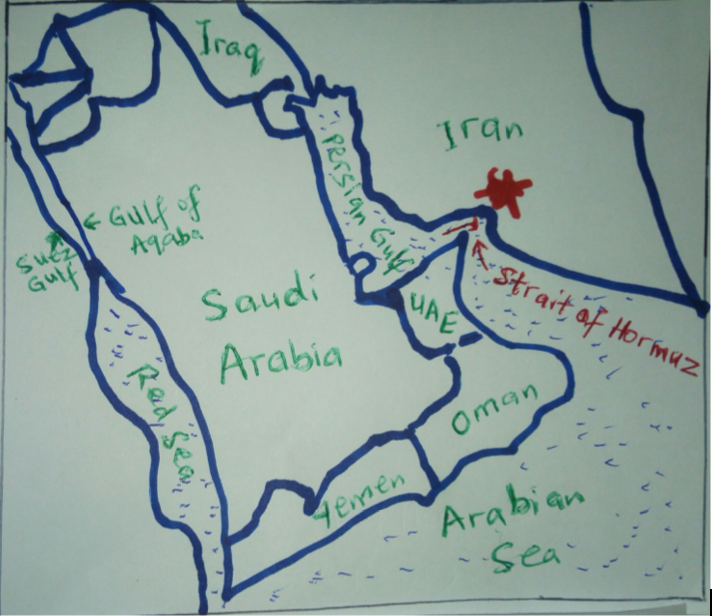 Events in Strait of Hormuz, Threat to Nigeria’s 2019 Elections.

Call it a speculation, call it a dream, call it doom’s day prophet, call it whatever name in the lexicon of words the fact remains that the speculations, the dreams and all the prophetic escapades are efforts at being proactive in thoughts in order to nib in the bud any eventuality or to get prepared to seize an opportunity without a miss.

The developing story is that the withdrawal of the United States from the Iran’s Nuclear disarmament deal effectively signed by the world powers – U.S., Russia, Britain, France, China plus Germany is generating active tension between the United States and Iran on one hand and passive strain between the U.S. and European Union on the other hand. U.S has asked Europe to boycott doing business with Iran, an instruction that European Union had rejected. The U.S. appears to therefore determine to unilaterally enforce that Iran should not be allowed to carry out business outside its shore and concurrently prevent European Union members from carrying out business with Iran. It appears to want to do this by using her military power to block Iran from moving its trades to potential buyers including the E.U.

Yes, the U.S. has power to do and undo. All nations of the world fear it and are unable to challenge her vast power. Iran has perceived U.S. intent to block her export. Notwithstanding U.S. enormous power, Iran is bent to challenge perceived misuse of U.S. power against her.

The US Fifth Fleet, based in Bahrain, is meant to protecting commercial ships in the area, but a helicopter from the USS Abraham Lincoln aircraft carrier hovers over an Iranian patrol ship during a transit through the Strait of Hormuz, RT (Russia Today) news has reported © Jumana El Heloueh. In response to the unfolding scenario, the head of Iran’s Revolutionary Guards said on Thursday that the Strait of Hormuz will be “for all or for no one,” Russia Today news quoted Tasnim News agency. Tehran is therefore threatening that if her exports are hampered it will block the Strait of Hormuz so that no one uses it. Strait of Hormuz is a crucial route for oil shipments from the Middle East. One third of world oil supply passes through the route.

Military skirmishes on the Strait will scare commercial oil vessels from attempting to pass. Since most of the crude exports through the Strait of Hormuz are from Saudi Arabia, Iran, the United Arab Emirates, Kuwait, and Iraq as well as natural gas (LNG) shipments from the world’s largest exporter, Qatar. Any blockage of the route will result in a huge loss of global crude oil and gas supply and consequently soaring oil and gas prices. The Strait of Hormuz could handle as much as 14 oil tankers per day, or 17 million barrels per day

Russia Today news further quoted that experts have predicted that in the circumstance of a blockage of the route for about six weeks or more and exports through it stop, the law of supply and demand would double oil prices to $160 per barrel,” Vladimir Rojankovski, investment analyst at Global FX, told R.T. Others such as Artem Avinov, leading analyst with TeleTrade, also predicts that oil prices could jump to $250 per barrel if the Strait of Hormuz is blocked by Iran or military confrontations between contending parties.

However, other experts have said such oil price scenario is improbable because crude oil has never reached a height of $150 per barrel.

Nigeria depends on oil to earn her foreign exchange. It also depends on crude oil she refines outside her shores to service its domestic energy consumption. So, should the cost of oil soar hugely, Nigeria should earn good revenue from her oil exports. But the earned revenue could soon be depleted by huge imports of refined fuel to meet her domestic energy needs because the country lacks effective refinery capacity to process within her shores her abundant crude.

But, can Nigeria afford any further increase in pump price of fuel without a backlash from the citizens; many of whom have been agitating for wages increase? The election year is around the corner, important national issues to douse herdsmen-farmers conflicts, minimize entrenched destructive corruption, killings, kidnappings and meet widespread national demand for restructuring issues and resource control are yet to be cleared. Nigeria had in the past profited high revenue from the international sanction of Iran oil, but this time it is not an international sanction, it is about unilateral action which could generate international uproar reaction and support for Iran’s right. Are we about to pay retribution on our earlier profits during Iran oil sanction? Whatever, the happenings in the strait of Hormuz could impact negatively on Nigeria’s 2019 elections. Let us therefore braze up.