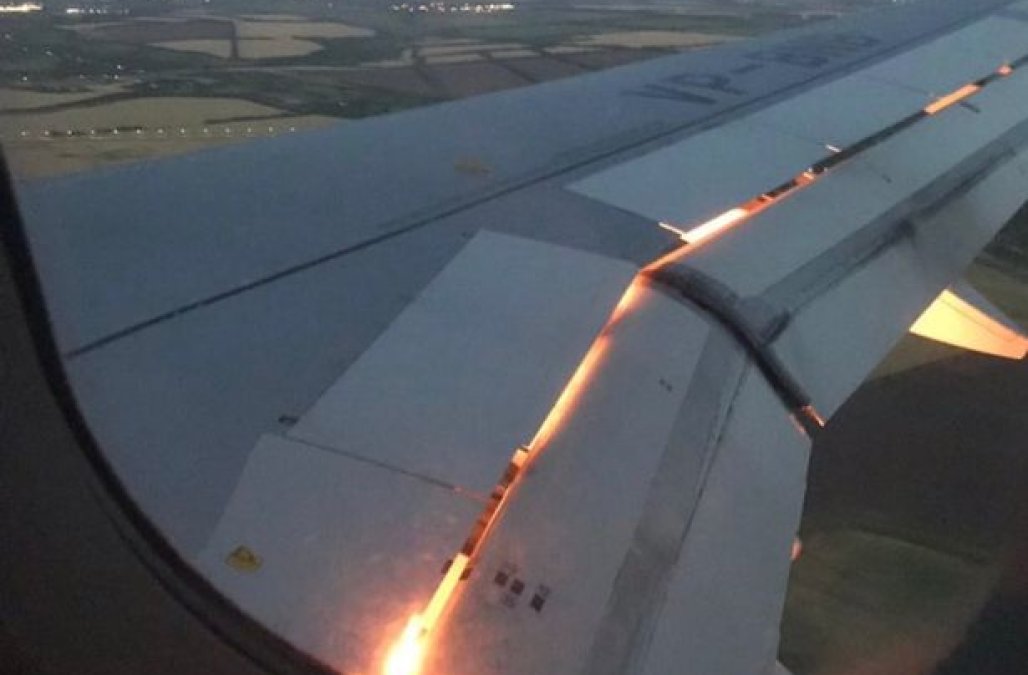 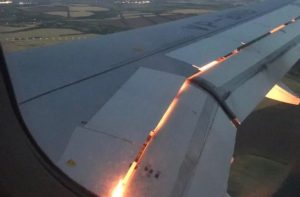 Saudi Arabia Football Team which had the opening match of Russia 2018 world cup and lost against Russia has been saved of an air disaster. They had a fire scare aboard the air bus carrying them to the venue of their next match. The Team was travelling from Moscow to Rostov-on-Don, a town South of the Russia where they are expected to play their second leg match against Uruguay on Wednesday.

Although the fire scare appeared to be coming out of the engine showing the wing of the Russian Air Bus A319-100 to be engulfed by fire  judging by a footage shot from a passenger’s seat, Russia’s Airline Rossiya has dismissed report that the engine caught fire because the Airbus landed with both engines working.

Earlier, the cause of the malfunction was identified as a bird that struck into one of the engine during its flight and even with that, there was no time that the passengers safety was compromised.

The PublicTimes on an enquiry into the incidents of bird strike on airplanes learnt from Tech Insider that each year, bird strikes cost US airlines an estimated US$1.2 billion. Part of the costs is from actual damage while the rest are from flight delays and cancellations. It further learnt that Bird strikes can disable a plane’s engine but this is often a low risk situation that could be a shocking experience. As part of safety efforts, most airplanes’ engines are designed to withstand few birds strike. Even when an airplane’s engine is disabled, pilots can still fly to nearest destination safely on a single remaining engine.

Meanwhile Russia’s civil Aviation authority – Rosaviatsia has ruled out bird strike as the cause of the fire scare, rather it  identified that the incident was caused by abnormal operation in one of the engines which led to flames shooting from the exhaust and that the incident did not cause the engine to ignite, RT news report has revealed.

Meanwhile, Tunisia has become the first African Country to score a goal at the 2018 world cup, three other African nations Nigeria Egypt and Morocco have played and lost without scoring a goal. Despite its first African goal, Tunisia was defeated 2-1 by hard fighting England, Belgium defeated Panama 3-0 and South Korea lost to Sweden by 0-1.