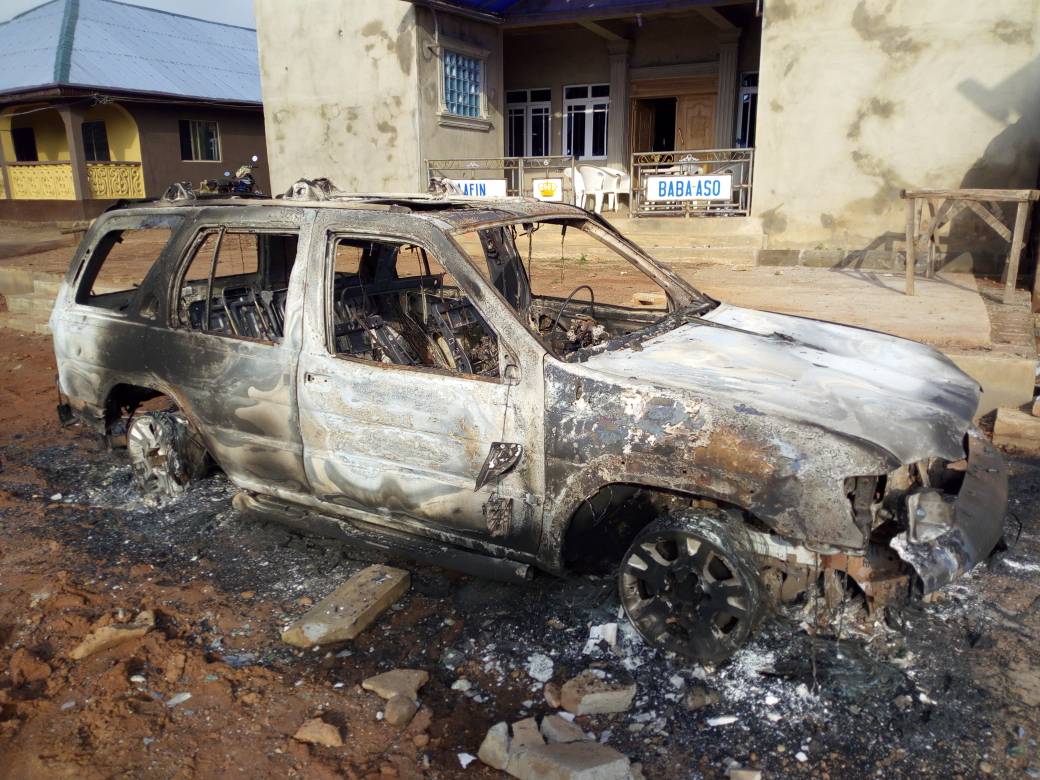 The crisis among the leadership of Muslims in Igbo-ora town resurfaced again when the end of Ramadan Festival turned sour as violence broke out on Friday 15th June 2018 on the Eid day between two Muslims groups in Igboora, this time over the control of Eid praying ground.

Some analysts believe that the recurring violent struggles for headship among the Muslims in the town could be located in the history of how various communities settled as different towns to later make the present day Igbo-ora town. Also the prestige as well as economic yields accruable to the position of the head, called the Imam, could motivate a do-or-die struggle by unemployed leaders who have poor source of livelihood, analysts have said.

It will be recalled that the modern day Igbo-ora is made up of Igbole, Pako, Iberekodo, Igbo-ora, Saganun and Idofin towns. Some refer to each of these towns as communities or quarters, thus having Igboora community or Igbooora quarters, within a whole Igboora town. The absurdity in the dual use of the word “Igboora” as quarters and “Igboora” as town often create misunderstanding at addressing quarrels among the communities and sometimes failure of solutions proffered by none indigenes.

At the meeting, the source alleged that the security agents advised each of the two parties to hold their Eid Prayers within their respective quarter but that when Igbole Muslims reached home, the stay-in-your-quarter arrangement was allegedly not pleasing to Igbole monarch who allegedly invited Muslims from Igboora quarters to come and hold Eid prayer in his Igbole domain.

Most people were not willing to speak to the press on the issue, but our enquiries revealed that Igbole Muslims had gone to their Eid ground and had completed their prayers but as soon as they completed their prayers, their monarch allegedly telephoned the Igboora Muslims Community to come and hold Eid prayer also at the same Eid praying ground being vacated by Igbole Muslims.

Eager Igboora Muslims quickly seized the opportunity of the offer and went to Igbole for Eid prayers, unfortunately the Igbole Muslims who lay claim to their territory’s Eid ground had hardly left their praying ground when the invited Muslims from Igboora met them coming out of Eid ground, a fight ensued between the two groups, Igboora Muslims retreated towards their home but did not reach home. It was further gathered that the retreating Igboora Muslims went to re-strategize to take the High School route in order to by-pass Igbole Community to reach Igbole Eid ground.

Also, during their ‘victory’ march across various quarters towards reaching theirs, the Muslims of Igboora allegedly stopped at the old garage for about 30 minutes, brandishing various weapons and taunting the Muslims of Iberekodo to a fight, but no one came out to meet them. Iberekodo Muslims were away to their Eid praying ground.

Meanwhile, reports that some of those arrested have been released could not be verified because the State Police have ordered full investigations of the violence that erupted during June 2018 Eid prayers at Igbole. Seven suspects were arrested including the two Chief Imams while peace has returned to the town.

It is on Tuesday, when the nation would have resumed from Eid il Fitri public holidays that the police will determine whether the suspects would be charged to court or the matter resolved amicably.

One thought on “Violence Erupts Between Igbo-ora Muslims Groups over …”