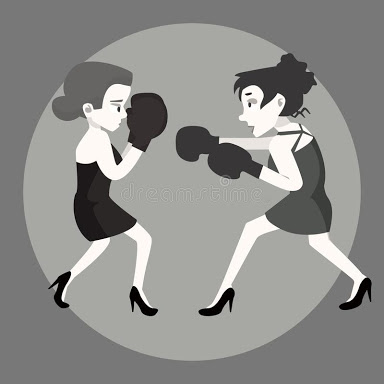 Lack of understanding gives room to misfortune while understanding often precedes success. Peace does not mean absence of crises in a place at a particular time because there is no way people will live together in various homes, offices, communities even religious places without dispute in one way or the other but peace do reign when dispute occurred and all sides in the dispute try by all possible means to handle it in a way that will give room for mutual understanding.

Recently in Ibadan, two women were arraigned before the Chief Magistrate Court at Iwo Road, Ibadan, allegedly for fighting each other, breach of peace, willful and malicious damage.

The charges stated that: i) both Mrs. Adegoke Taye, 33 years old and Mrs. Akeem Ajara, 40 years old on the 8th of May, 2018 at about 12:00noon at Koloko area Ibadan in the Ibadan Magisterial District did engage in physical combat in public place and thereby committed an offence contrary to and punishable under section 83 of the criminal code Cap 38 Volume 2, Laws of Oyo State, Nigeria 2000.

The second charge stated that Mrs. Adegoke Taye on the same date, time, place and in the aforementioned Magisterial District did conduct herself in a manager likely to cause breach of peace by throwing Mrs. Akeem Ajara’s properties such as cloths, plastic bowls and other things into a well and thereby committed an offence contrary to and punishable under section 249 (d) of the criminal code Cap 38 Volume 2, Laws of Oyo State, Nigeria 2000.

The third count was also against Mrs. Adegoke Taye that on the same date, time place and in the aforementioned Magisterial District did willfully and maliciously destroy 4 plastic bowls valued at N6,000 (US$16.6) and one bucket valued at N700 US$1.94) total value N6,700 (US$18.61) property of Mrs. Akeem Ajara and thereby committed an offence contrary to and punishable under section 451 of the criminal code Cap 38 Volume 2, Laws of Oyo State of Nigeria 2000.

The last count charge against Mrs. Adegoke Taye stated that on the same date, time, place in the aforementioned Magisterial District did throw refuse into a well of drinking water with the intent to unclean the water and make it unfit for drinking and hereby committed an offence contrary to and punishable under section 245 of the criminal code Cap 38 Volume 2 laws of Oyo State of Nigeria 2000.

After all these charges were read to the accused persons by the court clerk, both accused persons pleaded guilty before the Chief Magistrate and begged for mercy and promise that they will not do that again.

The Counsel to the Mrs. Adegoke Taye; Barrister Ososanya also pleaded for mercy, arguing that incident was the first time her client and the other woman would be charged to court. The Counsel further pleaded that the Magistrate should please warn the two women this time and she promised that she will counsel them so that they will not fall into the same offence again.

The prosecutor from Agugu Division did not raise any objection to the counsel’s contributions to the court and the Chief Magistrate Taiwo Olaniran proclaimed the women guilty as charged, pardoned them being the first time offenders and strongly warned the two women not to engage again in such act.

It is important to note that there are useful lessons that could be learnt in this case if one reflects.