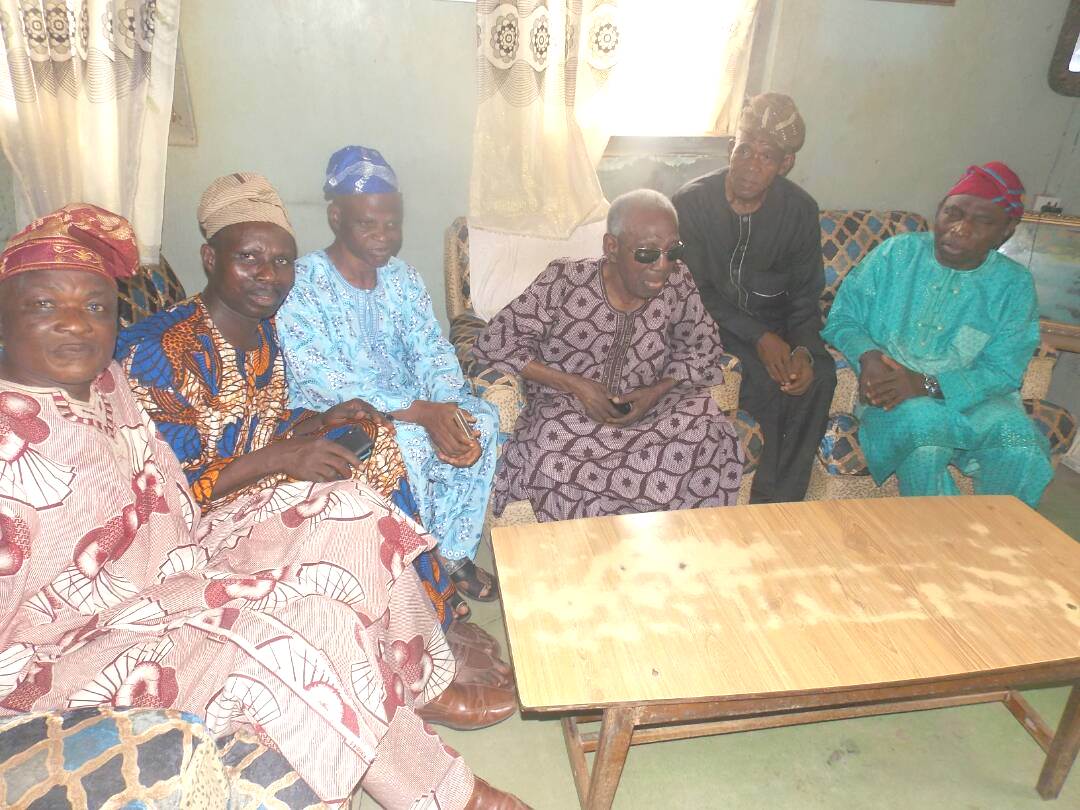 Igbo-ora Forum; an Assembly of Igbo-ora Elders based in Ibadan has paid condolence visits to Traditional Rulers, Ibarapa leader and family members of the late Rt. Honourable Michael Adesina Adeyemo, Speaker of the 8th Oyo State House of Assembly and Chief Fagbohun, a business mogul and illustrious son of Eruwa and Ibarapa on Tuesday 1st May, 2018.
The delegation of the Forum was led by Elder ‘Lekan Olawunmi a retired Director in the Federal Ministry of Commerce. Others on the trip were Prince Gboyega Olaoye a former Head of Service, Alhaji Saadu Adebayo, Dr. Adebisi Adeniran and Mr. Goke Adenrele.
At Chief Alarape Jolaoso’s house, Lanlate, Elder Olawunmi expressed the Forum’s shock at the sudden demise of the Speaker and prayed that God should fortify Ibarapa

people with the strength to bear the great loss. In his response, Chief Jolaoso; the Ibarapa leader thanked the delegation for their visit and advised public office holders of Ibarapa origin to always pay attention to their health checks.

Also at Lanlate home of the late Speaker, Elder Olawunmi condoled with the father of the Speaker who was met seated among six other consoling male elders of the family and prayed that God should replace the loss of Barrister Michael Adesina Adeyemo. The leader of the delegation gave a testimony of a history known to some elders in one of Ibarapa towns to buttress his prayer and to console the parents and family members of the late Speaker. He thereafter filled the condolence register on behalf of Igbo-ora Forum.
The delegation further visited the Traditional Ruler of Lanlate, the Onilala of Lanlate. At the Palace of Onilala, the leader of the delegation urged the Traditional Ruler to prevail on the people to accept the will of God as manifested in the undesired incident. The Onilala thanked the delegation for their visit.

Igbo-ora Forum delegation later visited the Eleruwa of Eruwa; Oba Samuel Adebayo Adegbola to condole with the Monarch and people of Eruwa over the loss of two great subjects within a spate of ten days apart. The two subjects being both the late Speaker Rt. Hon. Michael Adesina Adeyemo and Chief Fagbohun an illustrious son of Eruwa and Ibarapa in general.

The monarch appreciated the visit made by the group and informed them that he had received similar condolence visits from various individuals and groups across Ibarapa land. The monarch appreciated Ibarapa unity over the incidents and urged for sustained unity among Ibarapa people. A condolence register placed at the palace was endorsed by Elder Olawunmi; before the delegation returned to Ibadan.