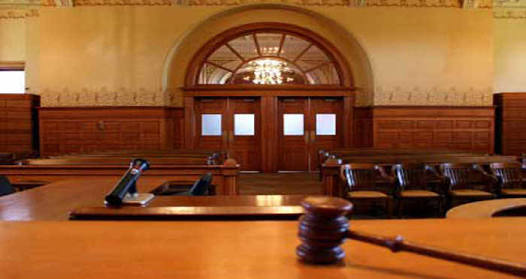 Engineer Rauf Amoo, a former Senior Engineer in Oyo State Water Corporation at Shakamori Area, Egbeda Local Government who was charge before Magistrate I.O. Uthman at the Chief Magistrate Court Erunmu Oyo State, Nigeria alongside with seven others for allegedly stealing of the Water Corporation property at Shakamori Egbeda Local Government has obtained a definite ruling of the Court.

The case started in December 5, 2012 and the defendant Engineer was charged separately until the prosecutor, Barrister I.O. Mojoyinola applied that the Court should make the case a collective one and the court granted his application.

Further facts on the case revealed that the Engineer with the Oyo state water corporation was charged in 2012 with the alleged offence of stealing and conspiracy by the office of the Directorate of Public Prosecution. He was initially arraigned alone before his charges were consolidated with his alleged conspirators who were seven in number. The case went through 4 magistrates before its conclusion.

The reason for the length of the case was the bureaucratic bottlenecks in the system; i. e magistrates were routinely posted out in the course of proceedings. In addition was the disappearance of two alleged suspects from among the seven people charged along with the Engineer. It was when his Honour; Magistrate I. O Uthman, the 4th magistrate in this case was appointed that considerable progress was made. The defendant’s Counsel first applied for severance of the charges against the Engineer from alongside his alleged conspirators because of what his lawyer Barrister Ismail ‘Lanre Shittu called the “unconscionable delay” occasioned by his arraignment alongside the other accused persons.

The application on behalf of the Engineer to be tried separately was granted and the trial proceeded. The case was prosecuted by Barrister I. O Mojoyinola, a Principal State Counsel, while the defendant, Engineer Rauf Amoo was represented by Barrister Ismail ‘Lanre Shittu. The prosecution called four witnesses during the proceedings, after examination in chief by the Principal State Counsel, the defendant’s Counsel cross examined the witnesses. At the end of the prosecution’s case, the defendant’s counsel made a submission on a no case to answer before the honourable Court. A no case to answer submission in a criminal trial simply means that the evidence brought before the court by the prosecution in support of their case cannot sustain the charges against the accused person. The defense also filed a written argument supported with relevant cases and the prosecution filed the reply of the State.

At the conclusion of the case, ruling and judgment was delivered on the 30th day of April 2018 wherein the Chief Magistrate Court, which sat at Erunmu, Oyo State upheld the defendant’s submission and subsequently discharged and acquitted the accused person.

As the Court pleases, the Lawyers, litigants, the accused persons and court attendants bowed and so, both the counsel to the defendant and the prosecutor thanked the Magistrate for doing justice to the case.