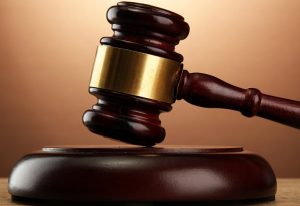 Many things are happening in the business world for which new entrants and existing players in that world should continue to learn from.

Two women, Mrs. M. Oladimeji 25 years old and Mrs. A. Olawale 35 years old were arraigned before the Chief Magistrate Court 4 in Ibadan for allegedly converting money unlawfully into personal use.

Mrs. Oladimeji and Mrs. Olawale told the Court that the charges against them were true they however alleged that they have gradually been paying back the said money to Mr. Salami Idris and that the receipts of all payment are with the complainant.

Chief Magistrate Muideen Salami responded that it would be inhuman attitude from the complainant to refuse to show his face in court if truly he has been collecting money from the defendants. The Magistrate further said that for any reason whatsoever, he won’t allow any body to turn the court of law to a debt collector and he urged the prosecutor to make sure she produce the complaint by the next adjournment day or else he will strike out that case.

He finally ruled that the two women should be granted bail of N100,000 (US$277.78) with four sureties each and the address of the sureties should be verified. The case was adjourned to 7th June, 2018 for either a settlement or a total strike out.