At Ahmadiyya Workshop, a Youth Challenged Elders on… 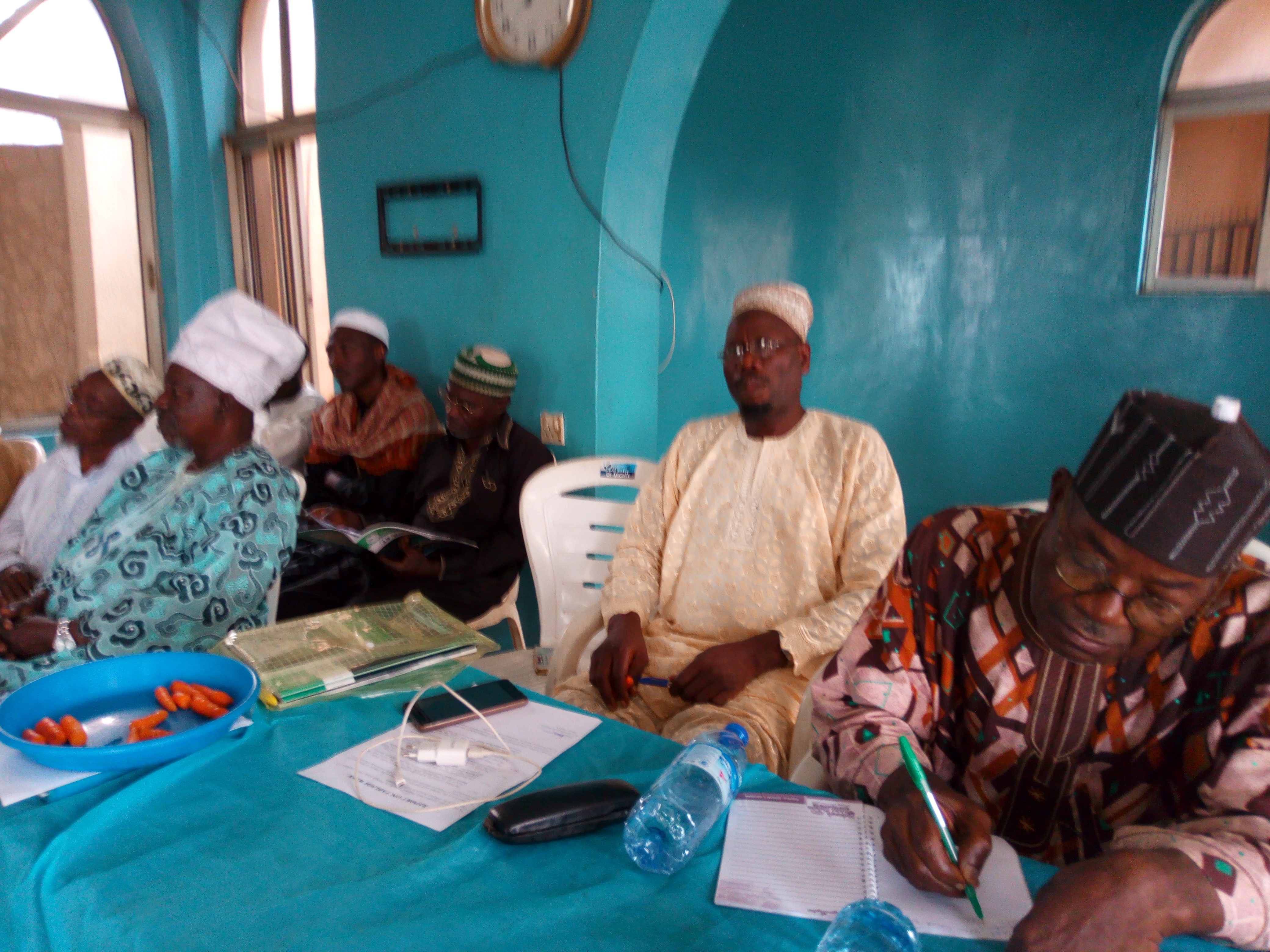 At Ahmadiyya Workshop, a Youth Challenged Elders on…

It was weather friendly period, cool, calm and conducive as Ahmadiyya Muslims Elders Association, Apata District, Ibadan organized their annual District Workshop held from Friday 6th April till Sunday 8th April 2018. It was held at their Baitur-Raheem Ahmadiya Muslim Mosque, Apata, Ibadan. The Elders’s inspired workshop was a follow-up to the National Workshop earlier held at Lagos in February this year.
Highlight of the District Workshop was at about 10.40a.m. on Saturday when Muallim Dhunoorain Bello gave an authoritative lecture on – “Solat: The Bedrock for all Round Success” and Alhaji Nurudeen Bisiriyu brilliantly discussed – “Islamic Teachings Regarding Health and Hygiene.”

During the lecture on Solat, it was explained that Solat, the systematic process of worshipping Allah goes hand in hand with one’s Iman i.e. one’s Faith. Solat cannot be discussed in isolation, the lecturer said.
Similarly, the lecture discussions on; “Islamic Teachings Regarding Health and Hygiene” generated much interest of participants. In particular Prophet Muhammed spiritual prescription of sleeping on one’s right side generated a furor of personal experiences of participants. The lecturer affirmed the health benefit of the prescribed sleeping mode. Many participants confirmed their positive personal experiences of sleeping on their right side but one participant narrated his inability to catch sleep when he lays on his right side for a sleep but that he slept off as soon as he lays on his left

side. Meanwhile, an Ahmadiyya Youth – Mr. Hussein Muftau expressed disgust about recent distractive behaviors of fellow youths during religious programs. He wandered why some of his colleagues will stay at back of congregation to be fiddling with hand phones when programs are going on. He said that such distracted behavior could not have started with his observation but that the bad behaviour must have been laid and brought from homes.
Mr. Muftau further disclosed that some youths had recently often asked unexpected questions such as the propriety of putting on a cap during Solat prayer session when Allah Himself prescribed decency, humility and comportment when praying to Him. He therefore urged the elders and parents to pay diligent attention to the moral and home up-bringing of their wards. The two lecture sessions followed by their questions and answers ended at about 1.47 p.m.