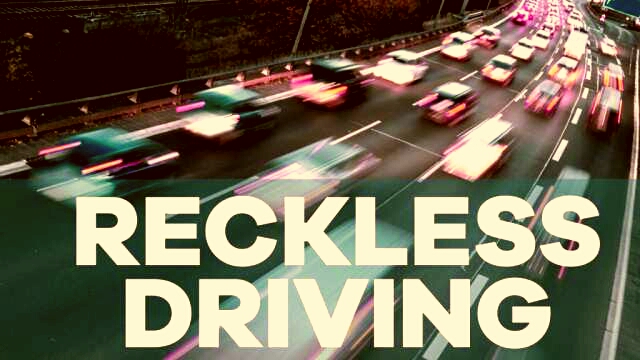 A 59-year old man, Mr. M. Adisa has been arraigned before an Iyaganku Magistrate court to face the law for allegedly driving in a dangerous manner on the highway.

Three counts charge were preferred against him. The first count charge alleged that Mr. Adisa on the 7th day of March,2018 at about 2200hrs at Kobiowu Area, Iyaganku GRA, Ibadan in the Ibadan Magisterial District, being the driver of Toyota Tundra Pickup vehicle (number Registration No. withheld) drove the same vehicle in a manner dangerous on the highway having no regard to all the circumstances of the nature of the Road and thereby committed an offence contrary to section 41(3) and punishable under section 81(1) of the Road Traffic Law Cap 148 Vol. V, laws of Oyo State of Nigeria, 2000.

Count two alleged that Mr. Adisa on the same date, time and place in the aforementioned Magisterial District did drive same vehicle in a manner dangerous to the public having no regard for all circumstances of the highway and caused the death of one 48 years old man – Mr. K. Tom and thereby committed an offence contrary to Section 3(1) of the Road Traffic Law Cap. 142 Vol. V, Laws of Oyo State of Nigeria, 2009.

And the last count charge alleged that Mr. Adisa on the same date, time and place in the aforementioned Magisterial District did drive same vehicle In a manner dangerous to the public having no regard for all circumstances of the Highway and caused damage to a Volkswagen Golf motor vehicle (Reg.No. withheld) property of one Mr. O. Fatungase and thereby committed an offence contrary to and punishable under section 4(1) of Reckless or Dangerous Driving Law, Cap 142, Vol. V, Laws of Oyo State of Nigeria 2000.

The accused person pleaded not guilty of all the counts charged against him. According to his alleged statement read, the accused person told the court that he is from Oke-Are in Ibadan. He attended St. Peter Catholic primary school Oke- Are Ibadan in the year 1973. After his education, he engaged in driving and obtained his first driving license in the year 1979. The statement further stated that he has been driving since 1979 without any problem. He declared that in the year 2014, he was employed as a driver at a Mable Company (name withheld) at Ibadan and he was attached to a Toyota Tundra. He alleged further that on the 7th of March, 2018, at about 7:30pm he was coming from Ipoti Ekiti driving the said vehicle passsing through Mogara Quarters at Iyaganku GRA Ibadan, when he got to Kobiowu Area inside Iyaganku GRA, and he was on his lane but suddenly he was faced by a vehicle. He said that he struggled enough to dodge the vehicle but the front passenger side of his vehicle still hit the vehicle. The accused further narrated that immediately the incident occurred, Federal Road Safety Corps (FRSC) men came and rushed the people that were injured to the hospital. He stated that he can’t figure out the number of the injured people because people around the scene there took justice into their hands by beating him. Later he was taken to the Police station by The FRSC men.

In his own statement to the police, Mr. O. Fatungase said he hailed from Sagamu, Ogun State. He was an interior Decorator, later became a Prophet two years ago and the owner of the Volkswagen Golf 3 motor car. Mr. Fatungase statement alleged that on the 7th of March, 2018, he was coming from Mobil Ring Road to pick his wife and when he got to Kobiowu Crescent inside Iyaganku GRA, his vehicle developed mechanical fault. As a result of this, he called his Mechanic who told him (Olusoga) that he cannot come until the following day. Mr. Fatungase said he was later helped by a man and a woman to push the vehicle to the other side of the Kobiowu Quarters.

But, suddenly he allegedly noticed that a vehicle ran into them and he became unconscious. When he gained his consciousness, he found himself at Ibadan Central Hospital Oke-Ado Ibadan with a FRSC man. He tried to remember what happened but the FRSC calmed him down until he eventually gained his consciousness. Mr. Fatungase also alleged that when he was in the hospital, one of his friends Mr. Bayo came to him and told him that his vehicle was at Iyaganku police station and that the person that helped him to push the vehicle was admitted at UCH.

Mr. Fatungase said he later went to the police station to meet the IPO and the IPO, Mr Olusoga and his wife went to UCH to see the injured. On getting there, the injured helper person was found at the Intensive Care Unit using oxygen to breathe. He also stated that all the documents of the vehicle were found in the vehicle at the police station but his driving license which was in his purse cannot be found since the accident occurred.

In his statement with the police, the first son of the fatally injured person Master K. Kindom, a native from Akwa Ibom and a student of a Community Grammar School Oluyole, Ibadan and now engaged in Electrical work at Liberty Area of Ibadan alleged that at about 9:00pm on 7th March, 2018 he was at home and one of the his father’s customers called him that his father was involved in an accident and has been rushed to the University College Hospital (UCH). He further said his mother, Madam K. Alice went to UCH that night but he (Kingsley) went there the following day. On getting there, Kingsley found his father unconscious using Oxygen to breathe. He disclosed that on the 13th of March 2018, Mr. T. Kingsley finally died at the UCH. The son of the deceased further narrated that according to information given to him, his father was walking along Iyaganku GRA on the day the incident occurred and noticed that a vehicle broke down on the main road in which the driver of the vehicle begged his deceased father to help him to push the vehicle off the road. And as they (those there including his father) were trying to push the vehicle off the road, another vehicle was coming from opposite direction and hit them.

The deceased son appealed to the drivers of the two vehicles and the family of the drivers to join them to raised fund for the burial of his father and for the empowerment of himself and his other siblings to further their education because his father was the bread winner of the family and left five of them behind.

The prosecutor, Sargent Daudu Temitope told the court that the incident occurred at Kobiowu Area Iyaganku GRA Ibadan as a result of the carelessness of both drivers. She further alleged that Mr. M. Adisa was coming with high speed otherwise the accident would have been averted.

The Counsel to the defendant, Barrister Charles Uche pleaded to the Chief Magistrate that his client – Mr. M. Adisa should be granted bail to enable proper treatment because he was beaten by people that were present at the scene of the incident.