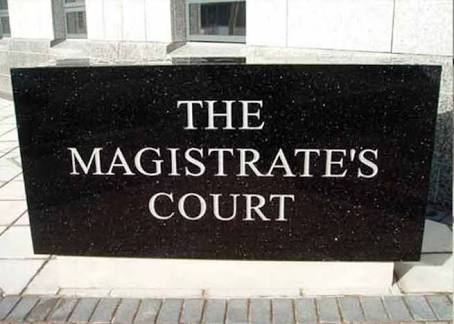 The case started on 5th December, 2012 and the accused person was charged separately until the Prosecutor; Mr. I.O. Mojoyinola applied that the court should make the case a collective one and the court granted his application.

Due to some unnecessary delay at prosecuting the case, the defendant’s counsel Barrister Lanre Shittu applied that the court should prosecute his client separately. He further argued the competence of the charge because there was no case submission and that the evidence before the court is not strong enough to prove that the alleged stolen property was taken away permanently from the Water Cooperation. He finally pleaded that the court should uphold his no case submission on the charge placed before his clients.

Chief Magistrate I.O. Usman this 19th day of March 2018 adjourned ruling on the case. If the submission of the defense counsel is upheld that means the accused person has no charge before him, but if it is overruled that means the prosecution will continue and the case was adjourned to the 27 of March, 2018 for ruling.