Pensioners soon to own Radio Station in Ibadan 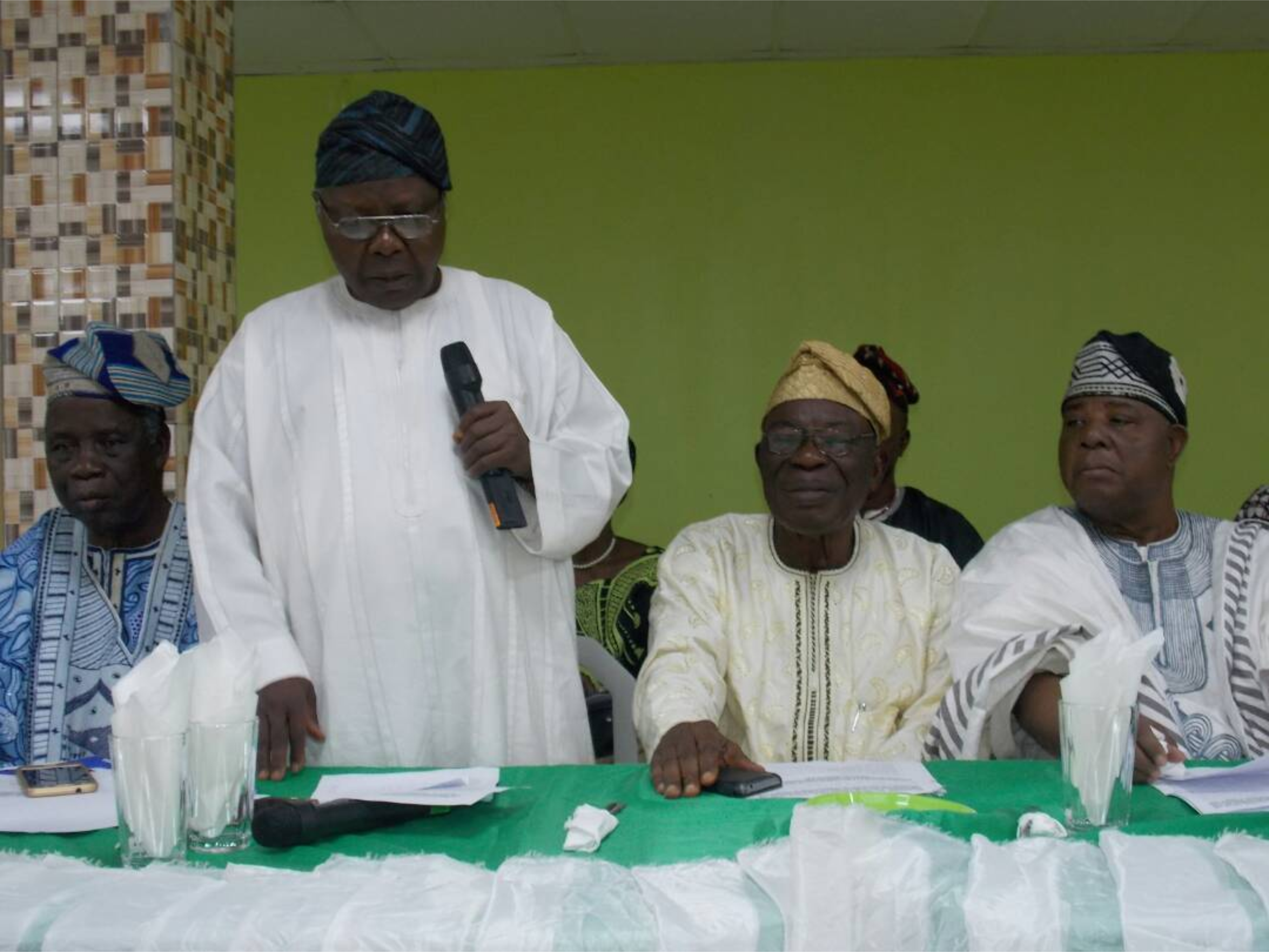 Pensioners soon to own Radio Station in Ibadan

The Nigeria Union of Pensioners – N.U.P., Oyo State Council, this March 2018 held a fiesta to celebrate senior members of the State Union at their new State Office complex, Agbarigo / Oridetu area, Ibadan. The senior members hosted were retired Heads of Service, Permanent secretaries and others

In his speech at the occasion, the State N.U.P. Chairman Pa. Gbadegesin Akande applauded the senior colleagues of the Union for their huge financial and professional contributions towards the success of the Office Complex which has been acclaimed to be the most magnificent, prestigious and beautiful Pensioner’s House in the whole of the Federation and indeed Africa.

He added that with the support of the senior members of the Union, the union had over the years been the vanguard of the emancipation of pensioners in the State. He stressed that the struggle included frequent press interview, streets protests, advocacy of powerful addresses at both electronic and print media and that these struggles had put Oyo State Pensioners on the same pedestal as workers such that as soon as workers are paid salaries in the state, pensioners are also paid their monthly pension.

But, the only dark spot that the union is addressing is the non-payment of 17-50 months of pensions of retired Primary School teachers and their gratituties since 2008.

Pa Gbadegesin confirmed that the unison of the Union in the State is based on safeguarding the tripod of ethos that often threaten unity in organizations, clubs, even the cooperate existence of a nation. He disclosed some of these factors are the avoidance of party politics in the affairs of the union; liberty of religion and zone of origin.

He concluded his speech by highlighting the new targets for the Union, and these are, ICT Centre, Pharmacy and Pensioners’ Radio Station. He explained that the importance of ICT is the modern world cannot be over-emphasized and that the Union intends to set up an ICT Centre to cater for the training of the youths. The ICT Centre is to be located at the upper section of the pensioners building.

The pensioners’ Chairman lamented that the Union had not been joyous because all tiers of the government in Nigeria are not sensitive to the well- being of Nigerian Pensioners. He further reasoned that the Union cannot fold its arms and watch their members succumb to avoidable death and to this extent, a pharmacy is being proposed for the members and the pharmacy is to be located at the basement of the Union’s Secretariat. He added that the Union will be soliciting the support of pharmacists and other medical/ health-care givers among its members and other welwishers.

Also, the Chairman said that in order to inform and enlighten members of the Union in the state, the Union is to set up a radio station with the listeners base of more than 40 – 50,000 pensioners in the State and the assistance of veteran broadcast administrator; Chief Bisi Adesola has been sought to be the Chairman for the take-off of Oyo State Pensioners Radio Station.

The Chairman of the occasion who is also the Chairman of the retired Heads of Service and Permanent Secretaries Oyo State, Alhaji Oladiti Oladapo cannot hide his pleasant mood as he expressed his happiness at the success and visible development achieved over the years by the current leadership of the State N.U.P. He admonished that the Union should try hard to get specialists medical practitioners and make the pharmacy a befitting one in terms of services and treatment so that the pensioners will see the Union’s pharmacy as a place where one can come for proper medical purchases.

He finally appealed to the Union that there should be subsidy for the pensioners that come for the medical checkup in the Union Pharmacy/ Health Centre.