Blind man of 40 years pension, others narrate how sights were restored …. 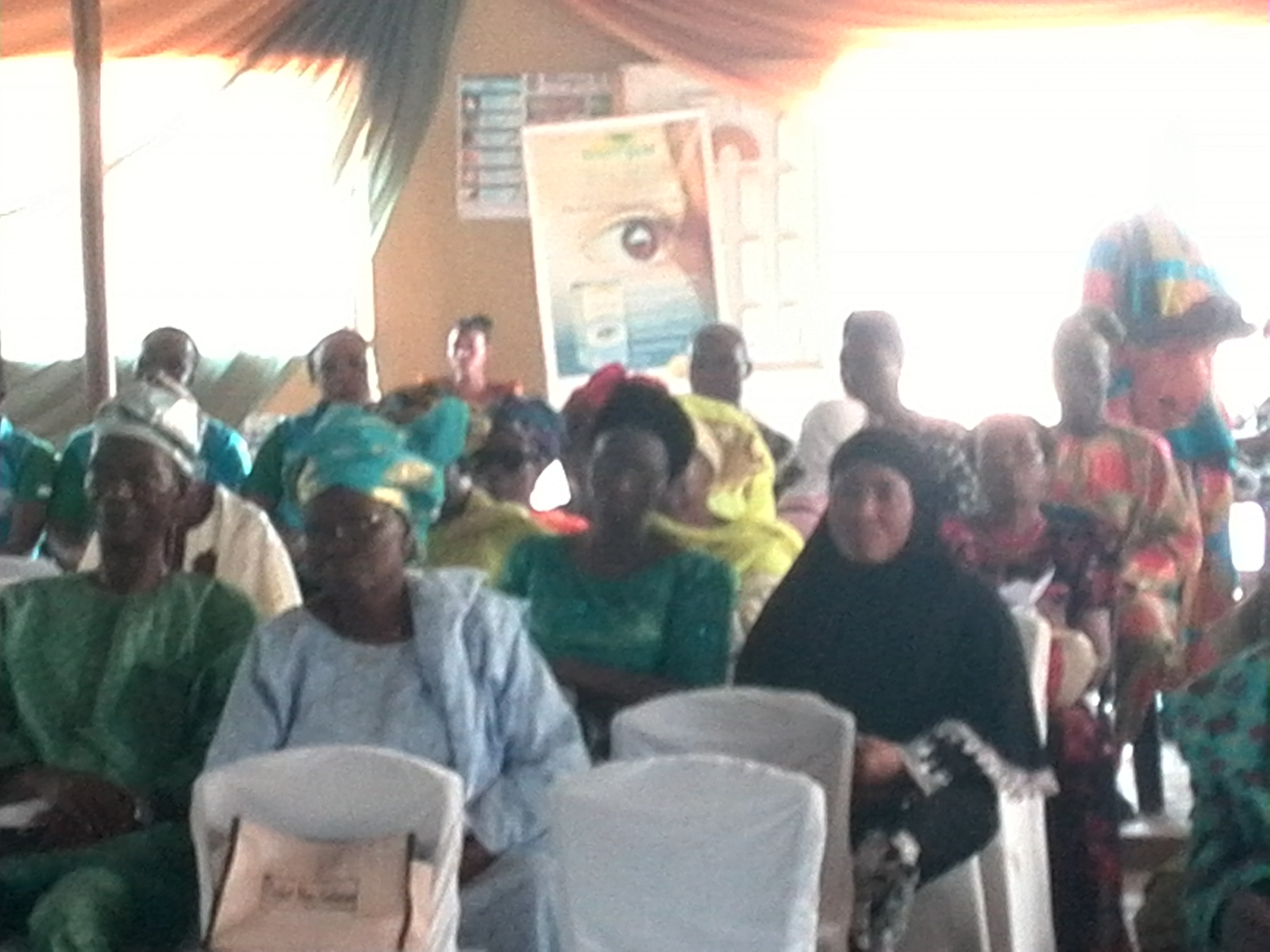 Blind man of 40 years pension, others narrate how sights were restored ….

The University College Hospital has again strengthened her eye outreach services in Ibadan, Nigeria. This was observed during the end of year stakeholders Party held at LEO (Layaju, Oloko, and Elere) Community area of Apata, Ibadan, Oyo State. The event attracted the cream and representation of the coverage communities and stake holders, including the Eye Experts, the Health Support team, the Resident Traditional rulers from Elere, Elebu, Aworosonso  and Olosun, Community Leaders, the middle class people, the professionals from different fields of endeavors, Priests and the peasants.

At the ceremony, history of the establishment of some outreach centers was recalled and it was noted that the LEO Vision Centre was one of them.

Public Health opinion are unanimous that ailing eye conditions should not be left to self-medication or quacks because the eye is a very important organ of the body, hence the need for people to avail themselves of the facilities at their doorsteps.

Also, she said that those that have gone through the outreach services could testify of their easy and quick access at securing satisfactory eye cataract operation and care from experts. Beside the effort of Dr. Tunde Ologundudu to sustain the Outreach project, Dr.(Mrs.) Ayorinde noted the efforts of some others. She showered encomium on Mrs. Popoola, Mrs. Iluyomade and Mr. Oje the trio of who helped to train the Helpers that work at the Centre, thereby preventing the collapse of the Eye Outreach project.

Also, a pharmacist from Fortis Pharmacy told the audience that of about 56 ailments that could afflict the eye, 85% of all visual impairment can be corrected. He urged people to seek care from experts on eye matters.

Testimonies were voluntarily disclosed by some of the beneficiaries of the eye operations that were done through the LEO Eye Outreach Centre. Pa. Oladoyinbo, a visually impaired resident in a nearby Ifesowapo community testified that he is a native of Abeokuta, and has pensioned from Police Service for over 40 years (1977 retiree). He thanked the Doctors and LEO community for their assistance at regaining his sight that had been lost for ten years past. He related how he knew of the project through a man who had meritoriously served Ifesowapo community but later gone blind and later regained sight through the LEO Community Outreach Eye Centre. He was about to be put off for lack of money as he had gone and spent money on the blindness at many places but for Dr. Ologundudu assured him of assisted treatment. The sum total is that he underwent an eye operation through the Outreach Centre and successfully regained his eye sight. He was full of thanks to the Doctors, Health workers and LEO community.               Another man, Deacon Akin OLagunju, a retired Grammar School Principal and former Chairman of LEO Community Landlord Association testified how one Dr. (Mrs.) Adebusuyi of UCH was invited to give health talk on Longevity to his members but was too busy to attend. Continued pressure from the Association made her to send one Mrs. Amoo who later found out that where she was to represent Dr. Adebusuyi was a near community.

Olagunju further narrated that as God would have it, Mrs. C.O. Amoo gave lecture on General Health matters but as a specialist in eye care, she concentrated more of her lecture on eye matters. She even looked at residents eyes that day in the process of her lecture and kept joking with the residents. Attracted by the arrangement of the physical environment and the articulate community members’ interactions, she did not know when she jokingly said that an Eye Outreach Centre can be suitable in the Community. Hearing that slip of the tongue, the Community leadership swung into action, improved and adapted their Hall structure to accommodate Eye-care and did a follow up. The end outcome is the approval of the establishment of LEO/UCH Vision Centre in February 2010. It was during the opening ceremony that he (Deacon Olagunju) heard that people could bring clients of any age for treatment on eye impairment including cataract. On hearing the phrase “..could bring clients of any age for treatment on eye impairment…” he seized the opportunity and his mother of 120 years old and many years in blindness was operated for cataract and was able to see before she died some years after. Olagunju happily testified that making his aged mother to see again was the greatest happiness of his life. He urged people to cheerfully do whatever goodness they could do, as goodness would come round for the doer as it did for him on the case of his 120 year old blind mother who regained her sight. He thanked Dr. (Mrs) A.O. Ashaye, Dr.(Mrs.) A.O. Ayorinde, Mrs. C.O. Amao and many others who made the establishment of the Outreach Centre possible.

Other persons came to testify were from far and near including a woman who came from Olode-Adegbayi, Alakia, Ibadan to Oloko, Apata, Ibadan, more than 20 kilometers apart. She testified that she had gone far and wide, spent resources in order to see but could not see until she heard of the opportunity of the Outreach Centre through where she underwent treatment and was able to see again.

One thought on “Blind man of 40 years pension, others narrate how sights were restored ….”