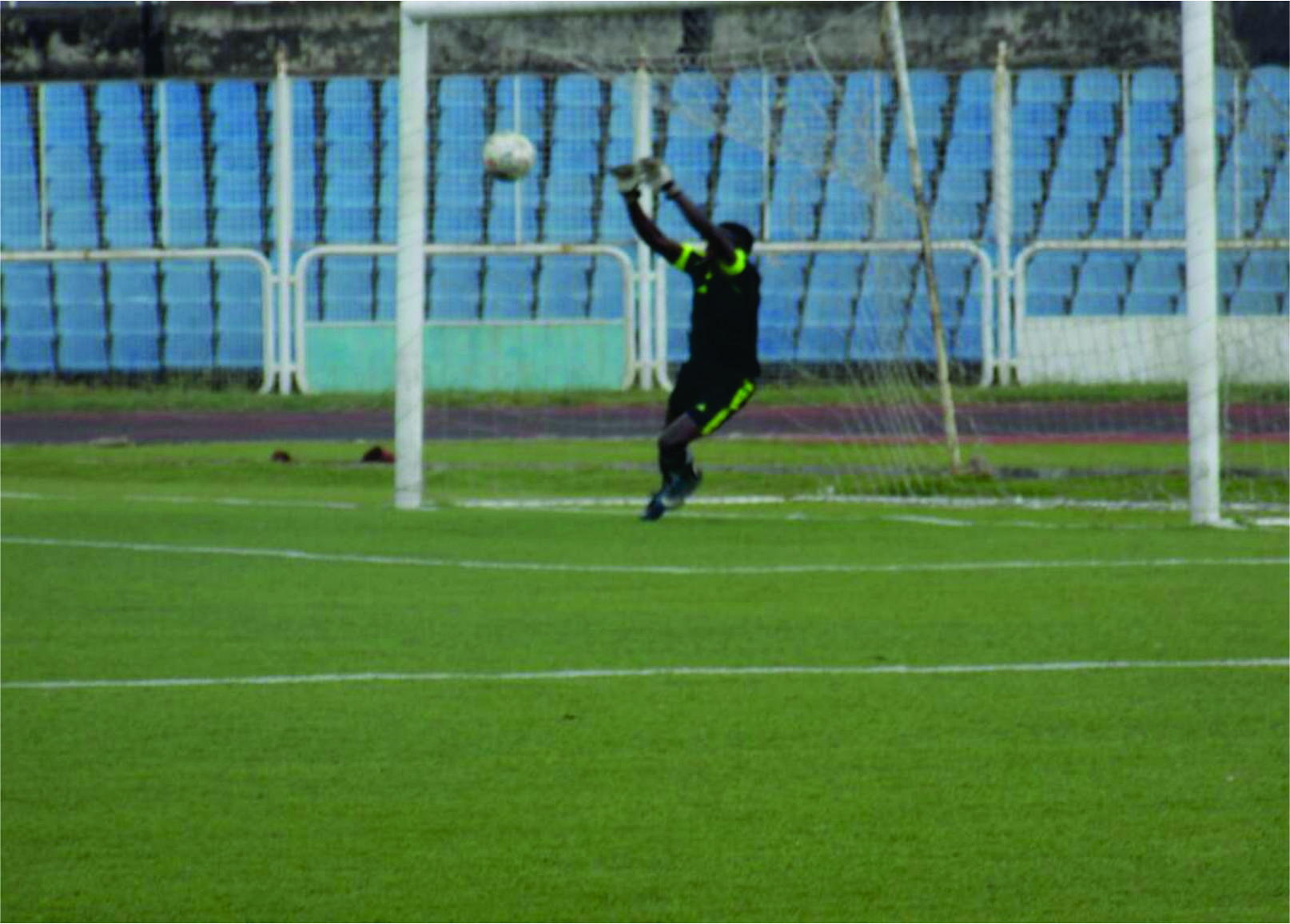 It was a splendid moment for Ibarapa East Football Club of Eruwa players at Lekan Salami Stadium Adamasingba Ibadan when they narrowly got to the final level of the Oyo State Speaker’s Football Cup competition for the year 2017. They defeated Golden Lion Football Club of Kisi by a lone goal.

Both teams came in strongly into that match with remarkable determination. They both had beautiful chances but at the 23 minutes of the game there was a terrible defensive error between the goal keeper and a defender of Golden Lion F.C. which gave Ibarapa East F.C. an edge which they glowingly seized to convert to a goal. Thereafter, all efforts made by both teams to get more goals were not crowned. At the blow of the final whistle Ibarapa East F.C. of Eruwa emerged through to the final stage of the competition.

The all-conquering Ibarapa East F.C. of Eruwa will challenge lucky Debby F.C. of Ogbomosho at the Final stage of the competition because Debby F.C. defeated Itesiwaju Rangers of Out by 6 goals to 3 through penalty shootout after a 1 -1 draw at regulation time. At the end of the match, a protest was raised against Debby F.C. of Ogbomoso for using allegedly ineligible players named Oyetunji Mayowa and Adekunle Habib. The protesters alleged that Mayowa had played for Atiba United Football Club of Oyo in 2013 during Nigeria Nationwide Football League Season and that as for Adekunle Habeeb, they alleged that he had played for Vela Football Club of Oyo in 2012 Nigeria Nationwide Football League season which is contrary to the 1st Rule for the 2017 Oyo State Speaker’s Cup which says: “The competition is open to all

players who had not played in any of the Nigerian Football Federation Leagues (Federation Cup Excluded).”

The date for the final match is yet to be fixed.